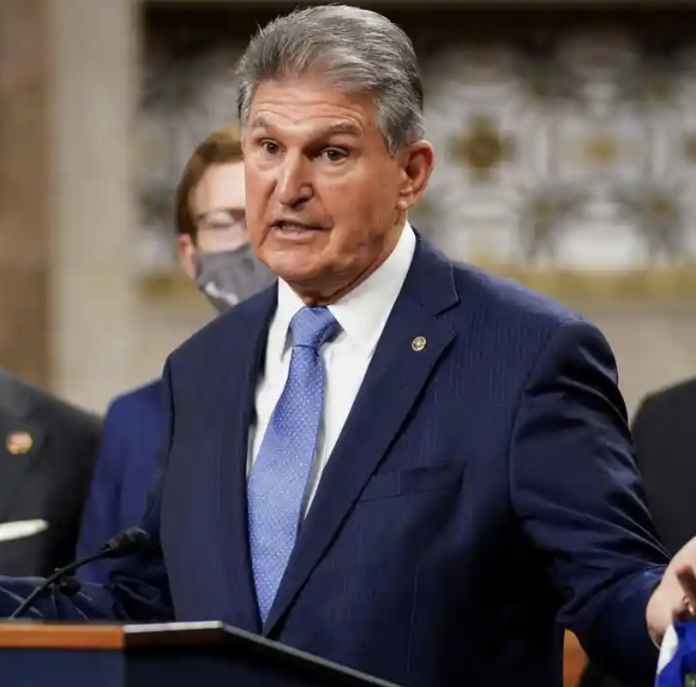 Democrat Sen. Joe Manchin is an outlier in his party. Barring Republicans, Manchin is one of the most outspoken lawmakers in regards to the danger of Biden’s fiscal expenditures, along with other similar measures.

On top of this, the West Virginia senator has opposed several different parts of Biden’s agenda. Some of the latest examples include the president’s failed Build Back Better Act, along with his unsuccessful attempt to roll back the Senate filibuster.

Since Manchin doesn’t blindly toe the party line at all times, many Democrats aren’t pleased with him. This is especially true for the progressive wing of the Democrat Party.

However, in his home state of West Virginia, Manchin’s popularity is thriving.

What Manchin’s constituents really think about him

According to a new survey by Morning Consult, the senator carries a 57% approval rating. This approval rating also marks a 17% rise from the number of West Virginians who approved of Manchin during 2021’s first quarter.

As it turns out, the wrath from progressives on social media isn’t indicative of what Manchin’s voters actually think. Blue checkmarks on Twitter and progressives in California and DC don’t represent the West Virginia constituency.

Progressives routinely accuse Manchin of betraying those who voted him into office; however, this couldn’t be further from the truth.

The reality is that Manchin’s policies and voting habits reflect what the people of West Virginia want. West Virginia is a red state; therefore, it makes sense that a Democratic senator from the state would hold at least some conservative politics.

While the West Virginia Democrat is popular in his home state, he’s also got a fair amount of popularity amongst Republicans as well. Manchin’s already faced several calls to join the GOP, for instance.

In a US Senate that remains evenly divided between Republicans and Democrats, every single vote counts.

If it were not for Manchin voting with Republicans on several occasions, the Build Back Better Act would be the law of the land; likewise, the filibuster in the Senate would be a goner, paving the way for Democrats to do far more damage.

Between Manchin’s popularity in his home state and with the Republican Party, he’s got a bright political future indeed.