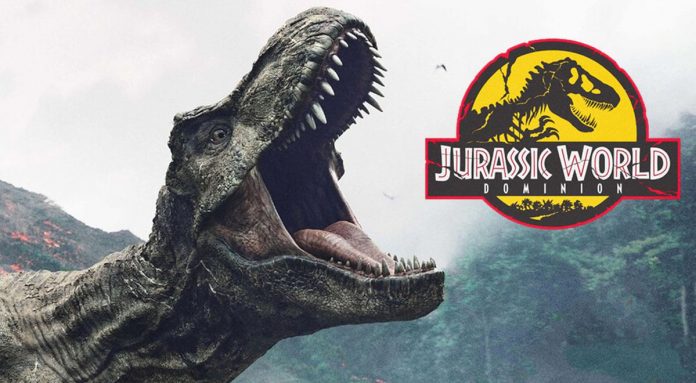 “Jurassic World Dominion,” is the latest offering in the “Jurassic Park” film franchise. The 6th film wraps up the semi-rebooted “Jurassic World” series of films which is one of the most successful movie chronicles in box office history.

In June, “Jurassic World Dominion” opened exclusively in theaters. And Peacock has announced it will be streaming next week with a September 2nd release date.

The JWD director, Colin Trevorrow urges all fans to watch the extended version.  And explains that it serves as a beautiful prologue and re-introduction to the prehistoric dinosaur universe.

Fans are excited to see what happens after the Isla Nublar was destroyed in “Jurassic World: Fallen Kingdom.” Jurassic World Dominion shows us a world where humans and dinosaurs must coexist. And both species appear to be at risk.

JWD brings the franchise full circle in many ways. Along with the actors there is the return of some popular dinosaurs from the first trilogy.

And with improvements in special effects and visual technologies some very terrifying dinosaurs will have fans on the edge of their seats.

All the films were successful at the box office. And the second trilogy of films broke all the records. To date the combined franchise has hit over $6 billion in profits from the films.

2015’s Jurassic World grossed over $1.6 billion. And was the third highest-grossing film at the time.

The 2018 sequel, Jurassic World: Fallen Kingdom grossed over $1.3 billion globally. The fifth franchise flick was the third Jurassic movie to pass the billion-dollar mark. It was also the third highest-grossing film of 2018.

With a limited 2-month release Jurassic World has already grossed over $970 million worldwide. And it is now presently the second highest-grossing film of 2022.

In addition to the money made at the box office and through streaming the iconic franchise has spawned video games, comic books, several animated series and all manner of toys and t-shirts. It is estimated that cross sales and rights are estimated at over $10 billion and counting.