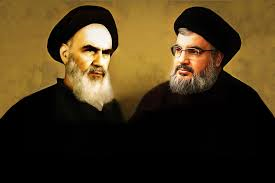 Once again, elements of the liberal media have gone to great lengths to defend an enemy of the United States. While some media outlets attempted to defend the vicious gang MS-13 from Trump’s condemnation, journalists from the Washington Post went on tour with Hezbollah, a vicious terrorist group responsible for much of the bloodshed in Syria, the deaths of many American servicemen, and bombings which killed many Israelis and Jews (not just in Israel, but also in Europe).

Like Jane Fonda, these shameless journalists have gone out of their way to repeat the talking points of America’s enemies and legitimize dangerous terrorists.  As President Trump works with our Syrian allies to defeat ISIS and defends them from the Russia and Iran led alliance which includes Hezbollah, the Washington Post attempts to justify their actions and spread their narrative.

Hezbollah and the United States

Forget for a moment that one of Hezbollah’s first acts of terrorism was the horrific bombing which killed hundreds of United States Marines. Ignore their bloody wars with Israel, kidnappings, missiles, and suicide bombers.  Disregard that they have repeatedly targeted innocent Israeli tourists or Jews abroad in Europe, blowing up buses. Forget that they are currently providing critical support to the brutal Assad Regime as it slaughters its own people.  Forget that they are a terrorist proxy of Iran in its war against America, Israel, the people of Syria, and our allies in the region.  Remember, that they are a terrorist group and an enemy of the United States of America…and the Washington Post is there to offer them help.