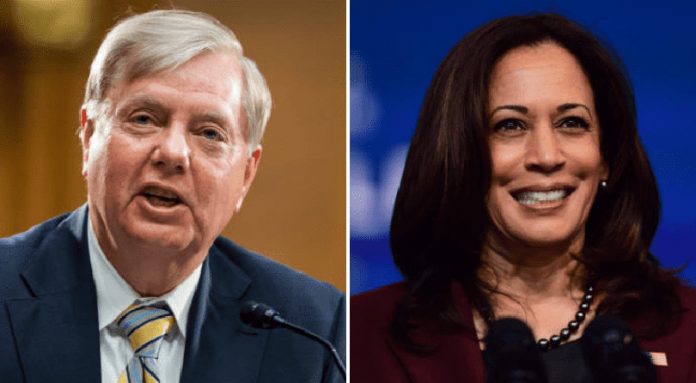 South Carolina Sen. Lindsey Graham is furious with the impeachment trial for former President Donald Trump that is set to take place and now he has threatened the current Vice President of the United States.

The senator, who has been a long time supporter of former President Trump, has threatened to play a video of Vice President Kamala Harris during the impeachment trial if Democrats decide they want to call witnesses.

Graham appeared on the Fox News Show “Hannity” on Tuesday and cautioned the Democrats when he spoke to host Sean Hannity.

“Well, I can promise you this, Sean. If you’re going to pursue this, and you want to start calling witnesses, and you want to drag this thing out, it would be fair to have Kamala Harris’ tape played where she bailed people out of jail. What more you could do to incite future violence than to pay the bill of the people who broke up the shops and beat up the cops? How is that not inciting future violence? Be careful what you wish for, my Democratic colleagues; be careful what you wish for,” he said.