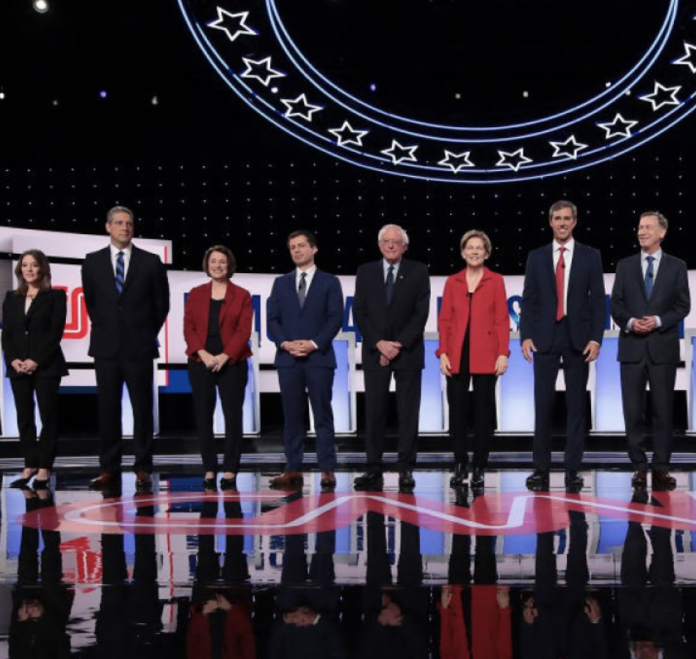 Last night marked part one of the second Democrat primary debate. As the candidates duked it out with one another over policy issues and the most strategic ways to defeat President Trump, many Americans noticed a fascinating dynamic.

Moderates on the stage appeared as though they wished to restrain their more progressive counterparts from going too far to the left. This is an in-party battle which Democrats have struggled with for quite some time now. Coincidentially, many of the moderate Democrats are struggling in the polls and barely reaching above 1%.

Everything You Need to Know about Moderates vs. Progressives

During last night’s debate, candidates touched upon a series of policy issues. However, the matters which prompted the greatest debates between moderates and progressives included healthcare, immigration, and socialism. It’s very safe to say that moderate Democrats had wholly different ideas of approaching these issues than their progressive counterparts.

Americans witnessed this when Rep. John Delaney challenged Sen. Bernie Sanders over the latter’s support for Medicare-for-All. Delaney cited various studies which show that Medicare-for-All would do away with private healthcare, fund healthcare for illegal immigrants, and hike taxes on the middle class.

Now, Sanders has previously admitted that Medicare-for-All would result in higher taxes on the middle class; he has also expressed support for giving illegal immigrants free healthcare. Nevertheless, when challenged by Delaney, Sanders claimed that the representative issued a “wrong” assessment.

When the debates moved to immigration, Montana Governor Steve Bullock censured his progressive contenders for supporting free healthcare for illegal immigrants. According to Bullock, this policy will motivate illegal immigrants to unlawfully cross the Southern border and worsen an already existential crisis. However, Sanders retorted by branding healthcare as a “right” for any person on United States soil.

Moderates tried to appeal to their progressive counterparts about going too far to the left. John Hickenlooper warned that extremism may play into the GOP’s hand and cause President Trump to win a second term in office. When Sanders noted that polls show him beating Trump in a general election, Rep. Tim Ryan reminded him that polls also showed Hillary Clinton defeating Trump in 2016.

Democrats will meet again for the third and final debates on September 12 and September 13.