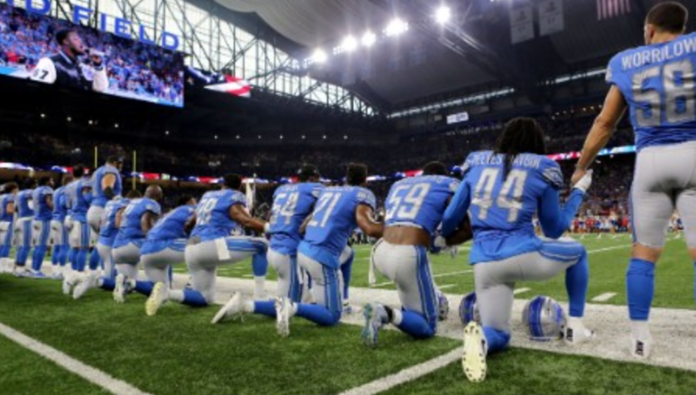 Members of the National Football League (NFL) sparked massive, nationwide controversy this weekend after kneeling and staying in locker rooms during the National Anthem, as reported by ESPN. These ungrateful, insolent football players apparently lack the understanding and appreciation of the countless men and women who bled, sacrificed, and died to shield the freedoms of this great nation.

Opposition Towards The National Anthem 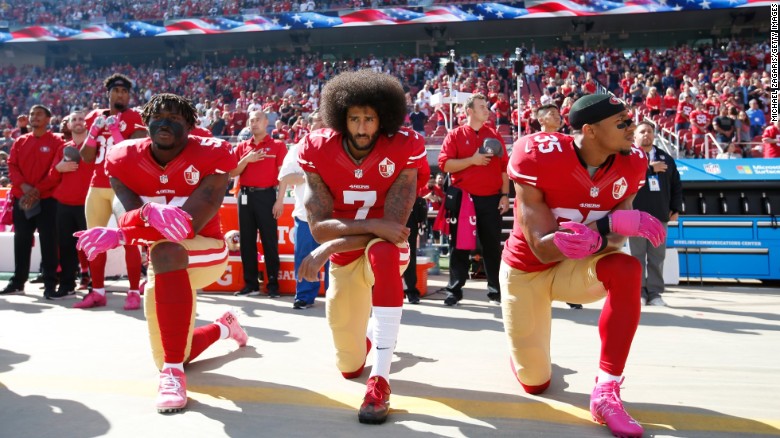 Feedback From The President

One of the most outspoken critics of NFL players kneeling during the National Anthem was President Trump himself. The Commander in Chief made his viewpoints known, posting the following tweets:

“If NFL fans refuse to go to games until players stop disrespecting our Flag & Country, you will see change take place fast. Fire or suspend!”

“…NFL attendance and ratings are WAY DOWN. Boring games yes, but many stay away because they love our country. League should back U.S.”

“Great solidarity for our National Anthem and for our Country. Standing with locked arms is good, kneeling is not acceptable. Bad ratings!”

“Sports fans should never condone players that do not stand proud for their National Anthem or their Country. NFL should change policy!”

“Many people booed the players who kneeled yesterday (which was a small percentage of total). These are fans who demand respect for our Flag!”

“The issue of kneeling has nothing to do with race. It is about respect for our Country, Flag and National Anthem. NFL must respect this!”

In Huntsville, Alabama, President Trump also asserted that NFL players who kneel during the National Anthem are worthy of firing:

“Wouldn’t you love to see one of these NFL owners, when somebody disrespects our flag, to say, ‘Get that son of a b[*]tch off the field right now. Out. He’s fired! He’s fired![‘]”

President Trump is absolutely correct. NFL players are given millions of dollars per year to simply toss a ball around. The very least they could do is show some respect towards the ones who came before them and gave them the right to be able to kneel, play ball, and be free.

The National Anthem greatly symbolizes who we are as a people and is highly deserving of the utmost respect. If NFL players cannot understand, appreciate, and respect this concept, they need to find a new line of work. Every single player who refused to stand over the weekend should be immediately terminated.

The controversy surrounding the NFL players kneeling during the National Anthem is still alive and well. Americans took to social media, expressing their rage, and even uploaded videos of themselves burning their NFL paraphernalia.

If the NFL does not want to greatly suffer because of their players’ foolish conduct, they need to get ahead of this issue. In this situation, the most appropriate action is for the NFL release an official statement condemning the aforementioned conduct of their players. Afterwards, everyone who kneeled or remained in locker rooms must be promptly kicked off the team. There should be zero tolerance for such blatant disrespect to a country which has given so much.