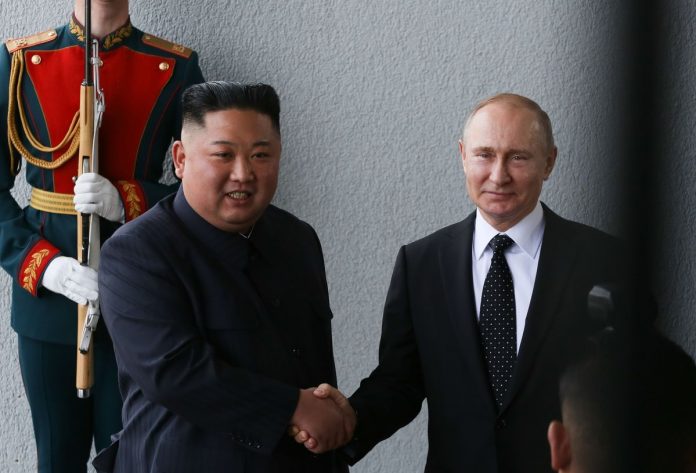 According to the Russian Channel One, North Korea is offering Russia 100,000 soldier volunteers to aid in the fight against Ukraine.

In a New York Post report, Russian talk show host Igor Korotchenko claims that “There are reports that 100,000 North Korean volunteers are prepared to come and take part in the conflict.”

“We shouldn’t be shy in accepting the hand extended to us by Kim Jong-un,” Korotchenko added.

Alexander Matsegora, the Russian ambassador to North Korea, said in July, “There are prospects for cooperation between the DPRK and the Donbas republics, and they are quite extensive. Firstly, Korean builders who are highly qualified, hardworking, and ready to work in the most difficult conditions, will be a very serious part in building the destroyed infrastructure in Donbas.”

Matsegora added that the two countries (Russia and North Korea) have experienced a much closer partnership since Russia invaded Ukraine.

These reports come as Russia’s military forces have been greatly depleted. And that large areas of Ukraine have been bombed with buildings and infrastructure destroyed.

Russia so far has made unsuccessful attempts to occupy key areas in Ukraine, including Kyiv the capital city.

And many regions have been bombed with buildings destroyed

Amidst the Russian losses it has been reported that Vladimir Putin turned to North Korean dictator Kim Jong Un for help. And that if North Korea provides volunteer soldiers to use in Ukraine, Russia will trade energy and grain.

North Korea has sent word through Matsegora that it is willing to barter builders to repair war damage and soldiers for Russia’s fight. And they want oil and grain in return.