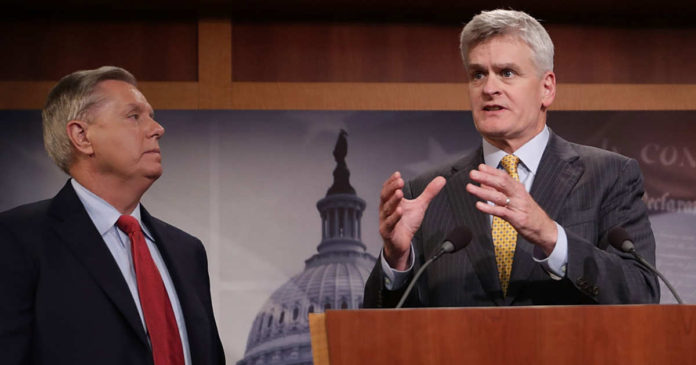 As of this afternoon, Senate Majority leader Mitch McConnell has declared that his Obamacare repeal effort is dead.

Maine Senator Susan Collins issued a statement yesterday announcing her opposition to the Graham-Cassidy health care bill. Collins’ statement all but ensured that the repeal effort would flat-line.

Collins’ “no” vote left McConnell one vote shy of the 50 needed. The end of the week marks the activation of certain Senate rules that, when in effect, require 60 votes for bill passage in this case. Collins’ objections over the bill centered around Medicaid and Medicare funding, which many of her Maine constituents rely on for health care.

Senator John McCain also publicly denounced this version of repeal as he did with an earlier version in July. Rand Paul of Kentucky opposed the structure of the bill.

President Trump commented Tuesday from the White House. “We are disappointed in certain so-called Republicans,” he said. Speaker of the House Paul Ryan expressed his own displeasure with the Senate’s failure. “We’re a little frustrated that the Senate has not acted on a seminal promise.”

Ever since Obamacare passed in 2010, repealing it has been a strong campaign issue for Republicans. Providing an Obamacare alternative was also a chief talking point of President Trump’s during the campaign. Since taking power, Republicans have been unable to agree on a viable alternative that was politically appealing. Any repeal law passing during Trump’s first year in office now seems highly unlikely, if not impossible.

Republicans have had to pick their battles here. McConnell’s option here was to send a bill to floor that would fail or admit defeat. He chose the latter, as pushing for 50 votes on short notice could further complicate GOP unity in the Senate. McConnell needed to save political capital for the next fight looming large on the horizon: tax reform.

One rumor option floating around Congress to keep the repeal bid alive, is in fact to tie repeal to tax reform in the 2018 budget. Senator’s Graham and Ron Johnson, both on the Budget Committee, support this idea. It no doubt would be an incredibly messy process, combining three legislative items (health care, the budget and tax reform) into one.