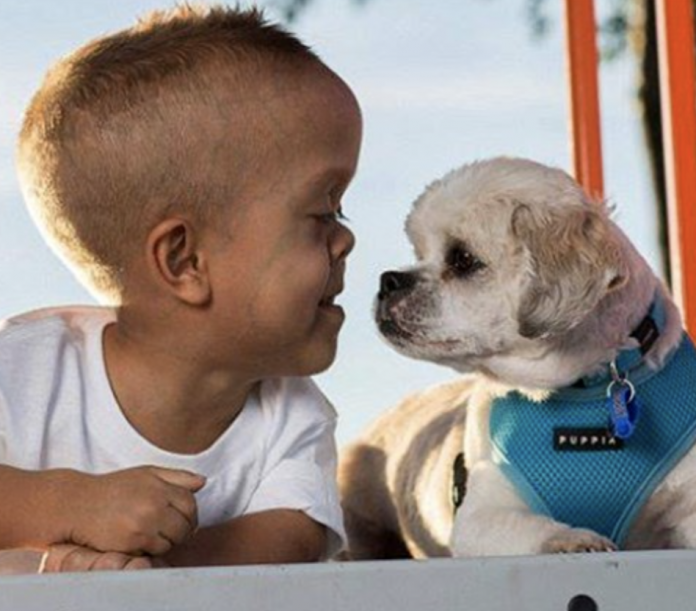 This week, the story of nine-year-old Australian boy Quaden Bayles has gone viral. Days ago, Quaden’s mother posted a video of her son feeling clearly distraught after subjection to ongoing bullying from his classmates.

#StopBullying is trending because of this video. But that is not enough! #QuadenBayles is just 9 and in so much pain from the daily taunting of his classmates that he wants to end his life. His mom does not blame the school, but I do! pic.twitter.com/FvTtXsMK8m

The video is deeply upsetting to watch. Quaden, who suffers from dwarfism, is seen crying and even expresses an interest in killing himself because of the bullying.

In the wake of the viral footage, countless people and celebrities across the globe have shown support to Quaden Bayles and his family. The GoFundMe page to send Quaden to Disneyland has garnered over $250,000 in donations, despite the original goal of $10,000.

#QuadenBayles is also currently trending on Twitter while new developments confirm that the nine-year-old has received invites to NBA games, martial arts lessons, and more.

Boy who was severely bullied at school gets invited to lead all-star rugby team out for their next match.

Quaden Bayles, who has dwarfism, received an outpouring of support worldwide after his mom shared an emotional clip of him on social media. https://t.co/OcTkrdBrA7 pic.twitter.com/pTqzUD8PSO

The support for Quaden is nothing short of amazing. However, the fact that an innocent child was in this much pain, to begin with, indicates the importance of more work to end bullying.

Responsibilities of the School Staffers

The distressing footage in which Quaden talks about suicide came after numerous incidents of bullying. This was not a one-time incident and quite frankly, Quaden’s school bears some responsibility for what he endured.

Teachers and other school staffers cannot observe every single incident of bullying; however, when a child is consistently targeted and made fun of, at some point, school faculty members ought to be aware and take action accordingly.

Hugh Jackman has thrown his support behind 9-year-old Aussie boy Quaden Bayles, after his mum shared a heartbreaking video of her son's despair at being bullied. #WeStandWithQuaden pic.twitter.com/4VB5jMZgYW

No child deserves day-in and day-out subjection to torment and emotional abuse. If staffers at Quaden’s school knew what went on and failed to appropriately penalize the bullies, that’s problematic. If Quaden’s teachers and other faculty members truly didn’t know of his consistent subjection to bullies, then this speaks to their incompetence and lack of fitness to have authority over kids.

Online trends, hashtags, and calls to end bullying are great and must continue. However, the adults in charge of the facilities in which bullying occurs must also be held accountable. Allowing a child to feel so ongoingly beaten down that he wants to take his own life is inexcusable. The bullies ought to be ashamed of themselves, as should the school staffers who failed to intervene.

An Update on Quaden Bayles

Since the enormous amount of support and kindness, Quaden seems to be doing well. In another video, he talks about combatting school bullying, standing up for yourself, and not listening to the bullies. The nine-year-old is also visibly happier, seen playing ball in the park with other kids.

Many children like Quaden face subjection to relentless bullying; however, not everyone receives viral support of the aforementioned magnitude. Hopefully, Quaden’s story will not only remind people to be kind, but also engender a more concentrated effort to ensure that schools are doing everything possible to combat and end bullying.