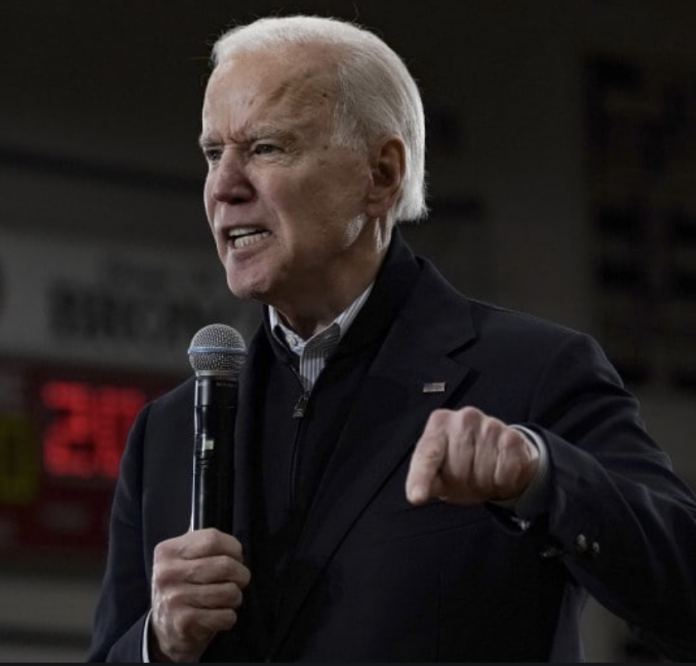 This month alone has served as quite a turning point for 2020 Democrat Joe Biden. Once the former frontrunner of the Democrat field, the former vice president has yet to secure a win in a single caucus or primary. Granted, these elections are just getting started; however, Biden’s poor performance is undoubtedly linked to his treatment of voters.

Time and time again, the former vice president has come under fire for verbally abusing voters who challenge him. This type of verbal abuse is absolutely disgusting and indicative of why Biden lacks the mental and emotional temperament to serve as president.

The 2020 Democrat’s verbal abuse tends to surface when faced with challenges on the campaign trail. Biden has no issues with talking, or rather mumbling, at town halls; he also doesn’t seem to mind answering questions that don’t place an uncomfortable spotlight on himself. However, when Biden is put on the spot or made to face some tough realities, his hidden dark side emerges.

“Go Vote for Someone Else!”

Last month, an Iowa man approached the former vice president about climate change. When speaking with Biden, the Iowan voter stated that he wouldn’t necessarily vote for Biden in the primaries, but in the general election if Biden “treats [him] right.”

Not getting the immediate support he wanted, Biden lashed out, telling this man, “well I’m not” and “go vote for someone else.”

Biden to Iowa Voter: “You gotta go vote for someone else”

Biden: “You’re not going to vote for me in the primary”

Voter: “I’m going to vote you in the general if you treat me right”

This is how Biden treats people?pic.twitter.com/CkWj6aQBEw

About a week and a half after this event transpired, the former vice president performed extremely poorly in Iowa. Go vote for someone else? It turns out that more people listened to Biden than he might have liked.

It turns out that Biden didn’t learn from his failure in Iowa. As a matter of fact, the former vice president continued with his pattern of verbally abusing voters who question him. As such, Biden wound up doing so poorly in New Hampshire that he didn’t get a single delegate.

Earlier this month, during a New Hampshire town hall, a female student questioned Biden about his poor outcome in Iowa. The student asked why Americans should feel confident in the former vice president’s ability to win a general election when he didn’t do so well in Iowa.

Rather than answer this question with maturity and class, Biden lashed out. After questioning whether or not the student ever attended a caucus herself, Biden called her a “lying, dog-faced pony soldier.” Of course, after getting some backlash, the Biden campaign team attempted to make light of matters, claiming that he was merely joking.

The aforementioned incidents in Iowa and New Hampshire are only two of many documented examples. Biden repeatedly behaves very rudely towards reporters who ask difficult questions. He also challenges voters to push-up contests and refers to them as “d*mn liars” when faced with inquiries about his son, Hunter. Honestly, these mini meltdowns speak volumes about why former President Obama refuses to endorse Biden.

The former vice president lacks self-control, dignity, and stability. When he’s not making gaffes, he’s verbally abusing voters or spreading lies about the current president. A Biden presidency would be a nightmare; although if he manages to win the Democrat Party’s nomination, President Trump will certainly teach him a thing or two on the general election debate stages.