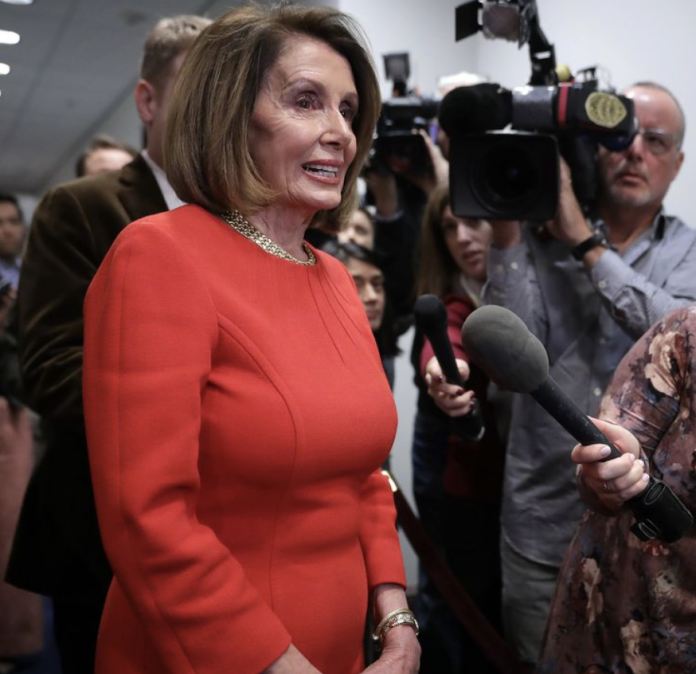 Earlier today, Speaker of the House Nancy Pelosi urged President Trump to delay the State of the Union in light of the government shutdown.

The House Speaker cited security concerns as the reason for delaying the State of the Union address. Since the government remains shut down, Secret Service has not received compensation. Therefore, Pelosi urged Trump to either postpone the address or deliver it in writing. The Speaker of the House made the aforementioned suggestions in a letter to President Trump.

Notable excerpts from the letter read as follows:

“Sadly, given the security concerns and unless government re-opens this week, I suggest that we work together to determine another suitable date after government has re-opened for this address or for you to consider delivering your State of the Union address in writing to the Congress on January 29th.”

Pelosi’s request comes as the government shutdown has reached its 26-day milestone. On January 12, 2019, shutdown broke records as the longest one in American history.

More on the Government Shutdown

As the government shutdown remains underway, there is still no resolution in sight. The Trump administration and Democrat leaders remain at odds with one another regarding legislation. The current administration maintains that funding for a Southern border barrier is paramount. Democrats, however, assert that spending billions of dollars on a wall is wasteful.

While House Democrats have passed bills to open government, the Senate shut them down. Senate Majority Leader Mitch McConnell has repeatedly stated that the Senate will not acknowledge any bills which are disagreeable to President Trump. This means that the Senate expects to see wall funding in any legislation passed by the House. Thus far, Democrats are maintaining their refusal to fund the wall.

The longevity of the government shutdown has engendered concerns about security and rippling effects. TSA employees in various airports have made headlines; since the government shutdown, they have not received their paychecks. Therefore, many TSA workers have called in sick, thus causing airport delays. Americans also wonder whether or not the quality of work from unpaid employees will decline in light of the shutdown.

Additional details about the government shutdown will follow as new developments arise.