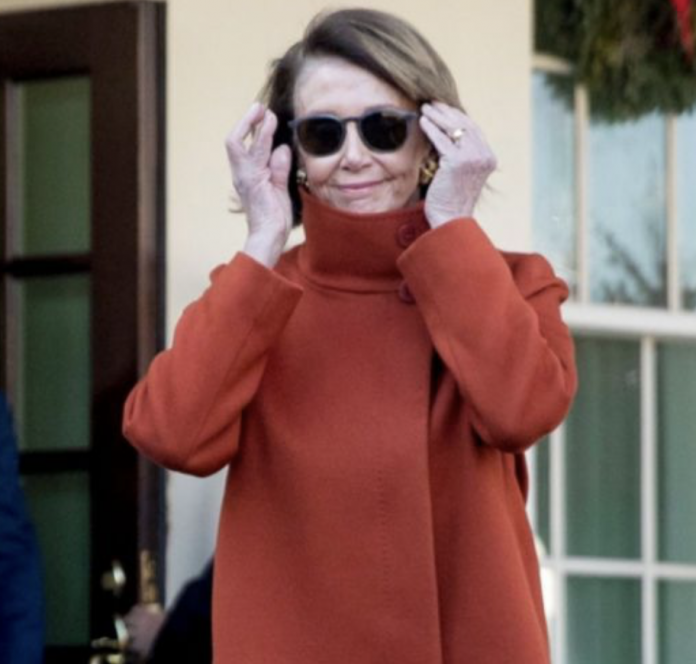 According to a recent poll conducted by NBC News/Wall Street Journal, the approval ratings of House Speaker Nancy Pelosi took a nosedive during the longest government shutdown in American history.

A Closer Look at the Poll’s Data

The most recent government shutdown lasted from Friday, December 21, 2018 to Friday, January 25, 2019. During the shutdown, left-leaning Americans overwhelmingly blamed President Trump and furthermore called his approval ratings into question. However, the aforementioned poll proves that Pelosi’s ratings suffered during the shutdown.

According to the poll, 47% of Americans deemed the current House Speaker as “unfavorable.” Conversely, only 28% of Americans viewed Pelosi favorably. The Speaker of the House has experienced ongoing censure from the right-wing who believes that Pelosi is unwilling to negotiate with President Trump.

Pelosi’s return to the position of House Speaker comes after the Service of former House Speaker Paul Ryan. Since her time in this position, Pelosi has maintained a contentious relationship with President Trump.

Shortly before the most recent government shutdown, Pelosi, joined by Schumer, publically sparred with the president in the Oval Office; while Pelosi and Schumer urged President Trump to sign legislation which lacked border wall funding, Trump refused. Likewise, the Democrats refused to include border wall funding in legislation to keep government open past December 21, 2018.

During the shutdown, Pelosi attracted stronger criticism from conservatives when she essentially blocked President Trump from delivering the State of the Union address. The House Speaker maintained that security risks may exist, due to the then-underway government shutdown. Pelosi furthermore stated that the State of the Union address could take place after government reopened.

Prior to officially becoming House Speaker, Pelosi shared her thoughts on objectives for Congressional Democrats to tackle. The objectives included DACA, gun control, and even “finding common ground” with Congressional Republicans. However, Republicans are overwhelmingly supportive of President Trump’s fight for the border wall; Pelosi and the Democrats, by contrast, are not supportive of this fight.

At this time, Pelosi and other Congressional Democrats have until February 15, 2019 to put forth acceptable legislation to keep government open. “Finding common ground” with President Trump may very well require providing the $5.7 billion dollars for the physical barrier at the Southern border. Thus far, Pelosi and the Democrats appear unwilling to do this.