Home America President Trump Affirms That He Is Not A Feminist, But “For Everyone”
SHARE 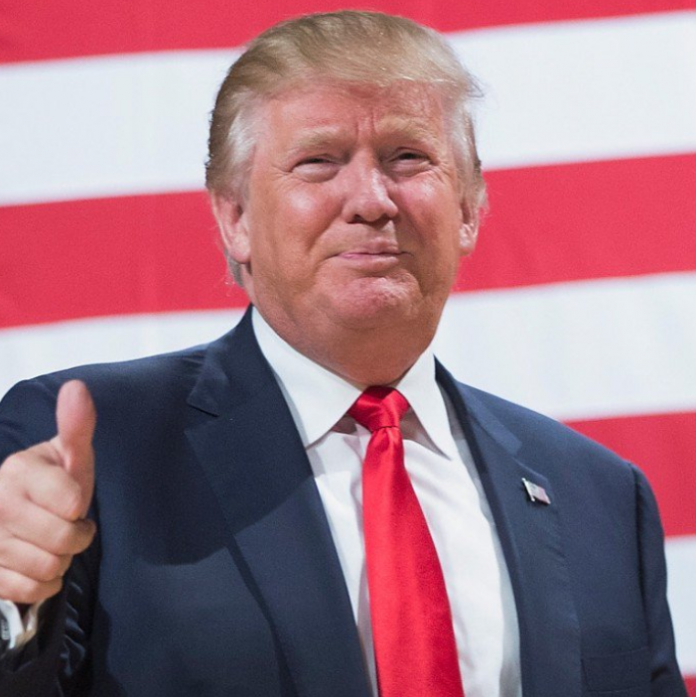 On Sunday, Americans heard President’s Trump thoughts on women, feminism, and his support for “everyone,” as documented by Fox News.

During an ITV interview with Piers Morgan, the President of the United States faced questions about his stance on feminism and women. President Trump’s hereinafter response explains his position:

“I think that would be maybe going too far. I’m for women, I’m for men, I’m for everyone. I think people have to go out … and they have to win. And women are doing great and I’m happy about that.”

Morgan also asked the President about his feelings regarding women who support him. The Commander-in-Chief then opined that the aforementioned women understand who he is, noting the support he received from women during the 2016 Presidential election:

Throughout the 2016 Presidential election and beyond, President Trump’s critics have blasted him as sexist. The aforesaid critics often cite the President’s prior harsh remarks and allegations of sexual misconduct as supporting evidence.

However, the President, his family, and his supporters affirm that his expressions of disapproval do not specifically target women. President Trump criticizes both men and women alike when he sees fit, according to them. Moreover, Americans have yet to see concrete proof to support the allegations against President Trump. He has repeatedly denied them and has furthermore never been found guilty of sexual misconduct in a court of law.

Like President Trump, feminism has also faced criticism, although for very different reasons. Many conservatives have slammed feminism as a hypocritical movement which frequently displays selective outrage. For instance, countless feminists have marched against President Trump, however, there have yet to be any marches against female genital mutilation which is an international plight. Are the President’s harsh words truly worse than young girls having their genitals sliced and cut off, question critics of feminism.

Moreover, Republican and conservative voters have opined that feminists tend to treat right-wing women very poorly. If feminists are truly for the empowerment and advancement of women, should that advocacy not apply to all women instead of exclusively left-leaning, liberal women, ask conservative critics. Right-wingers frequently express these concerns on social media:

My narrative, if I have one, is that the left only proclaims feminism for women of the left. That brand of feminism has no place for strong conservative women. It resents them and attacks them, constantly. https://t.co/ST0wvmMtj3

I respect the feminist advocacy for equal treatment under the law and society, yet unfortunately, the alt-left (leftists who hate free speech) have corrupted much of modern Western feminism. They call Trump a child molester while praising Lena Dunham, who molested her own sister.

The Women’s March was purely political and changed course to make it about Trump hate. It automatically excludes conservative women and their values by going that route. That doesn’t sound like equality for all, so I have to question what feminism means in today’s climate.

Americans of all political ideologies have also taken to social media to vocalize their opinions on President Trump’s affirmation of being “for everyone.”