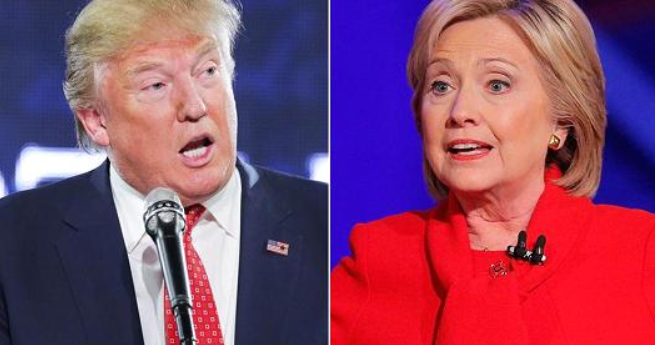 Earlier today, President Trump noted his sympathies for Mike Flynn, stating that Hillary Clinton also lied to the FBI, although nothing happened to her, as reported by Breitbart News.

Earlier today, President Trump gave the following remarks to reporters regarding the downfall of Mike Flynn and similar conduct by Hillary Clinton:

“Well, I feel badly for General Flynn. I feel very badly. He’s led a very strong life, and I feel badly. I will say this, Hillary Clinton lied many times to the FBI. Nothing happened to her. Flynn lied, and they destroyed his life. I think it’s a shame. Hillary Clinton on the Fourth of July weekend went to the FBI, not under oath, it was the most incredible thing anyone has ever seen, lied many times, nothing happened to her. Flynn lied and it’s like they ruined his life, very unfair.”

On Friday, Flynn pleaded guilty to deceiving both the FBI and Vice President Pence about conversations between himself and the ambassador of Russia in December 2016. As a result of this, Flynn is faced with a mounting plethora of legal trouble. Furthermore, he was fired by President Trump, as the latter noted via Twitter on Saturday:

I had to fire General Flynn because he lied to the Vice President and the FBI. He has pled guilty to those lies. It is a shame because his actions during the transition were lawful. There was nothing to hide!

However, President Trump also noted that Hillary Clinton has also lied to the FBI, yet faced zero consequences:

So General Flynn lies to the FBI and his life is destroyed, while Crooked Hillary Clinton, on that now famous FBI holiday “interrogation” with no swearing in and no recording, lies many times…and nothing happens to her? Rigged system, or just a double standard?

Hillary Clinton moreover has yet to respond to President Trump’s accusations.