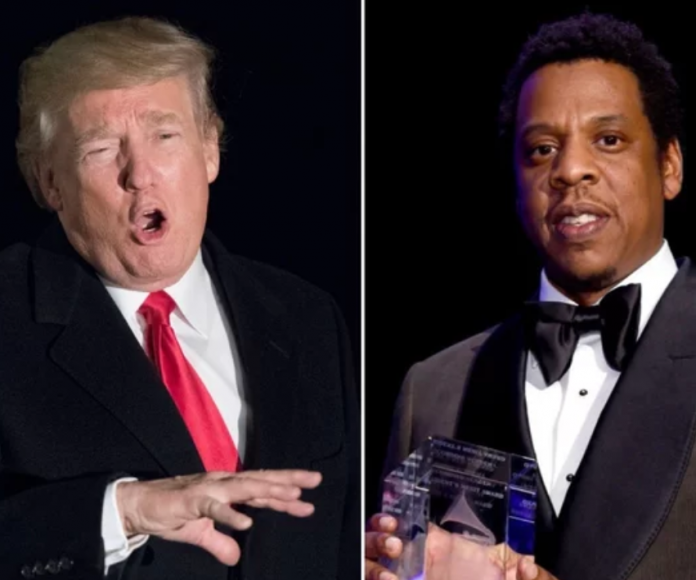 On Tuesday, President Trump traveled to Nashville, Tennesse in order to speak to supporters at a rally. Throughout his remarks, the Commander-in-Chief criticized his former opponent Hillary Clinton and rapper Jay-Z, according to The Hill. The rapper and his wife, Beyonce, came out as strong Clinton supporters during the 2016 election.

An Overview of the President’s Latest Remarks

Since the inception of Trump’s entry into the 2016 election, critics have condemned his outspoken nature. Many Americans who oppose Trump have opined that speaking his mind is “unpresidential.” However, the President and the majority of his supporters strongly disagree with the aforementioned assertion. The Commander-in-Chief has continued to express his viewpoints, often via Twitter.

President Trump spoke about a variety of topics at his Nashville rally on yesterday. In addition to MS-13 “animals” and Democrats who appear to support the former, Trump also shared his thoughts regarding Hillary Clinton and rap star Jay-Z.

The Commander-in-Chief censured Clinton’s campaign tactics and the content of Jay-Z’s language. Finally, President Trump asserted that his crowds ranked higher in numbers than those of Jay-Z’s or Clinton’s.

His uncensored commentary reads as follows:

“The only way [Clinton] filled up the arena was to get Jay-Z. His language was so filthy it made me look like the most clean-cut human being on Earth. He’d stand up there before those crowds, and by the way, without any musical instruments. I had much bigger crowds than he was drawing.”

As the crowd of Trump supporters booed at the mention of Jay-Z and Clinton, the President continued:

“He’d stand up before those crowds, and he’d use the f-word, and Hillary would sit back and say ‘I’m in trouble. Please don’t have him use that kind of language anymore.’ Then he’d finish and everyone would leave, and she’d be standing up making a speech to 400 people.”

Trump’s remarks received massive praise from his eager supporters in Nashville. Interestingly enough, the President’s aforementioned statements regarding Jay-Z are not an anomaly. The rapper and businessman-turned-President have criticized each other in the past. The Hill affirms that Jay-Z once referred to some of Trump’s previous commentary as “disappointing” and “hurtful.”

The Commander-in-Chief fired back via Twitter, asking “somebody” to remind Jay-Z that the former’s policies engendered a decline in African-American unemployment.

Somebody please inform Jay-Z that because of my policies, Black Unemployment has just been reported to be at the LOWEST RATE EVER RECORDED!