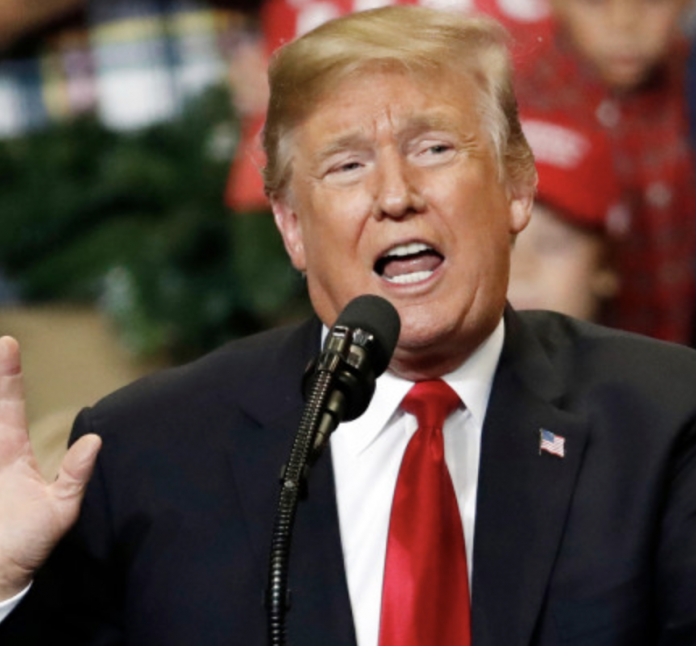 On Monday, President Donald Trump expressed his views about the state of the ongoing Russia investigation.

A Look at President Trump’s Commentary

The Mueller Witch Hunt is a total disgrace. They are looking at supposedly stolen Crooked Hillary Clinton Emails (even though they don’t want to look at the DNC Server), but have no interest in the Emails that Hillary DELETED & acid washed AFTER getting a Congressional Subpoena!

The above tweet is not the president’s first time criticizing the investigation. Trump has taken to Twitter on many occasions to share his thoughts regarding new developments and more.

The Phony Witch Hunt continues, but Mueller and his gang of Angry Dems are only looking at one side, not the other. Wait until it comes out how horribly & viciously they are treating people, ruining lives for them refusing to lie. Mueller is a conflicted prosecutor gone rogue….

….The Fake News Media builds Bob Mueller up as a Saint, when in actuality he is the exact opposite. He is doing TREMENDOUS damage to our Criminal Justice System, where he is only looking at one side and not the other. Heroes will come of this, and it won’t be Mueller and his…

….terrible Gang of Angry Democrats. Look at their past, and look where they come from. The now $30,000,000 Witch Hunt continues and they’ve got nothing but ruined lives. Where is the Server? Let these terrible people go back to the Clinton Foundation and “Justice” Department!

A Thorough Overview of the Russia Investigation

Speculations about Russia colluding in the 2016 election date back to before President Trump’s inauguration. Although Americans on both sides of the aisle have expressed their views, there are various events which led up to the investigation which remains ongoing to this day.

One of the leading occurrences includes the infamous Trump Tower meeting which occurred on June 9, 2016. The individuals who attended this meeting were Donald Trump Jr., Jared Kushner, Paul Manafort, and Natalia Veselnitskaya. Trump Jr. is the eldest son of President Trump, while Kushner is the president’s son-in-law.

At the time, Paul Manafort maintained employment as the Trump campaign manager, while Veselnitskaya worked as an attorney of Russia. Allegedly, the purpose of the meeting revolved around damning evidence which the Russians may or not may have had on Hillary Clinton. After the Trump Tower meeting became public, various Americans weighed in on the legality, or lack thereof, of the gathering.

During part of the 2016 election, Carter Page worked as the foreign policy adviser to then-candidate Trump. However, by Septemeber, the press began reporting that Page might have links to alleged Russian schemes to determine the outcome of the election. Although Page denied the allegations against him, rumors of him attending a meeting in Moscow did not help his cause. Page subsequently relinquished his role as the foreign policy adviser by the end of Septemeber.

The Firing of James Comey

President Trump fired former FBI director James Comey in May 2017. The nature of Comey’s firing prompted many rumors and speculations. Prior to Comey’s dismissal, the president is said to have asked Comey to drop the probe into former national security adviser Micheal Flynn. However, Trump denied making any such request. The president maintains that Comey’s termination occurred as a result of the latter’s poor management of the FBI.

There are many pieces which comprise the puzzle that is the Russia investigation. Republicans and supporters of the president frequently denounce the probe as a witch hunt and a hoax. Democrats and other left-wingers overwhelmingly remain in favor of the probe.

To date, three Russia enterprises, 13 Russian nationals, and 12 Russia intelligence agents have faced indictments at the hands of Robert Mueller.