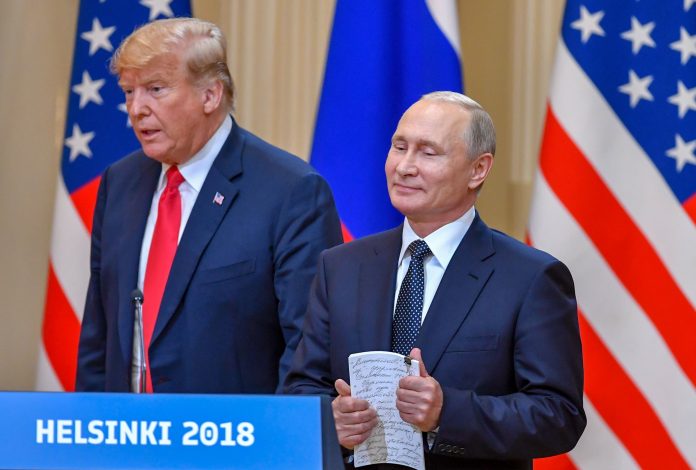 Trump met with Putin in private for two hours on Monday. Afterward, they gave a joint press conference. During the conference, Trump said that he asked Putin about Russia’s alleged interference in the 2016 presidential election. He said that Putin strongly denied any involvement. He then noted that he put great confidence in U.S. intelligence, but saw no motive for Russia to interfere.

Neither leader denied the possibility of interference in the election. Putin simply said that it wasn’t Russia who hacked into Hillary Clinton’s email account.

Trump’s downplay of American intelligence, however, cost him support from Democrats and Republicans alike.

On Tuesday, Trump said that he had misspoken at the conference and that he accepts the report from the Department of Justice and Mueller’s charges against 12 Russian operatives. He said that he meant to say that he didn’t see any reason why it wouldn’t be Russia that interfered in the presidential election. Afterward, he noted that he is, however, still open to the possibility that someone other than Russia interfered in the election.

The motive for Russia’s supposed involvement is still a mystery. Tying the case together will be part of special counsel Robert Mueller’s job as he continues his investigation. One anonymous source agreed that Russia didn’t have a motive other than having Trump owe them a favor once he won the election. This source says that the favor is now coming due, with Russia asking for better relations with the U.S.

Mitch McConnell is the current Senate Majority Leader. He said on Tuesday that Russia is not our friend and that that the U.S. could impose sanctions on Russia or pass new laws to tighten security over the election process.

House Speaker Paul Ryan said that he intends to make sure Russia doesn’t get away with its interference.

Trump himself said that the U.S. would use its formidable power to ensure no one interferes in future elections.

Results of the Conference

Trump pointed to two benefits of the summit with Putin. First, he said that Russia and the U.S. will enjoy better relations. He also noted that Russia agreed to assist in U.S. negotiations with North Korea.