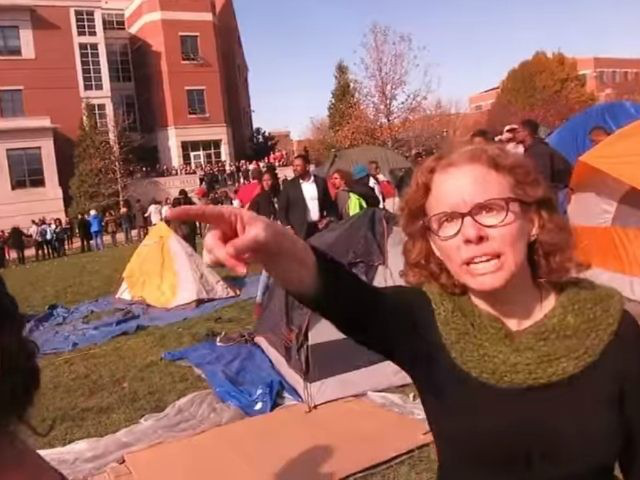 The United States Constitution includes words about the freedom of the press in the First Amendment. As with all the amendments, there are frequent questions about their interpretations. In late 2015, Melissa Click, an assistant professor of communications at the University of Missouri, attempted to block the press from covering a protest on campus. Her actions and her subsequent firing raises questions about the First Amendment and how it is interpreted on college campuses, especially regarding student-led events. Many schools, including Indiana University and its IUPUI affiliates do not have policies about excluding or admitting the press to cover student events.

The issue in the IUPUI system is that public college campuses are just that – public spaces. There are other types of spaces in public colleges, traditional and limited public spaces and there are also nonpublic spaces like concert halls and power plants. Another problem with blocking the freedom of the press to attend student-run events includes the possibility of blocking the freedom of students to assemble. The Indiana Constitution has stronger protections for the press and for those who want to assemble than the federal Constitution has. Due to the issues involved in maintaining the First Amendment, college campuses, like IUPUI need to develop clear policies that protect the First Amendment rights of the press, students, and professionals on campus.

While crafting a First Amendment policy that is constitutional and understandable, it is important to decide where the media can go and where students can go. Using the events that happened at the University of Missouri with Professor Click, it is vital that the policy should divide areas of IUPUI campuses into traditionally open, limited, and nonpublic spaces. With the fallout of the Click firing, the University of Missouri is facing a 5% decline in enrollment which has created a fiscal shortfall of $32 million. IUPUI needs to protect itself from problems like these by deciding if to create “safe zones” where students can assemble without the intrusion of the media. And, if IUPUI does do this, would it be constitutionally permitted. Evaluating the legality of media-free safe zone needs to be done using the Indiana Constitution because the safe zones would be on state property.

Many colleges have established safe zones, which are often rooms where clubs can meet, so that students can meet without having to justify their beliefs (usually students who identify with LBGBTQ, veterans, or unique groups). But, at the University of Missouri, the space where Click tried to block journalists was in a public outdoor space. A student journalist was attempting to enter the space to question students who were protesting there. Professor Click and the student journalist entered a shoving match, which is why she was fired and charges were pressed against her.

The Indiana Constitution is even more protective of free speech than the federal Constitution, allowing tort cases regarding interference with free speech in public spaces. And, the Indiana Constitution distinguishes between public, limited public, and designated public spaces as does the federal Constitution. Fortunately, for creating a policy, a federal court has already established two types of spaces: public and limited public. In the IUPUI system, public spaces have already been designated as places that are necessarily and public, like sidewalks, streets, and similar common park-like areas. A policy for safe spaces would need to decide what to do with the rest of the spaces. Non-public spaces would be those that the government has not opened for members of the public, like math class during class or a concert hall during a concert.

At IUPUI, parks, sidewalks, streets, and other common spaces would be considered public, but all other areas could be regulated in a reasonable way. Finally, students as well as third parties who are not university students, staff or faculty apparently may use the open or public fora areas, but may be subject to time, place and manner permitting restrictions. Outsiders to the college may be barred entirely from free speech/expressive use of the limited public spaces. In short, when removing the public spaces, the rest of an IUPUI campus is apparently subject only to reasonableness scrutiny of its free speech restrictions and is either a limited or nonpublic space.

No matter what happens on IUPUI campuses, it is nearly impossible to prohibit journalists from any outdoor event, meeting, or protect. The difficulty comes with the fact that the term “journalist” has a rather loose definition with the advent of blogging. But, in a private meeting in a limited public space like a classroom, journalists could be blocked from entering. Considering that colleges can limit what happens in the nonpublic spaces, it makes sense that journalists cannot enter these spaces as freely as they can in open spaces. For example, Republicans are not allowed to enter a meeting where Democrats are planning election strategies for campus events. So, journalists cannot enter those spaces, either.

Another consideration for the policy is how politically protected speech in politically protected areas can be moved to a restricted area. But this process does not apply to small protests that happen quickly. Of course, colleges must have non-discrimination policies, but they also should avoid creating policies that allow “all comers” to join groups – especially regarding groups like fraternities, sororities, and glee clubs.

Therefore, if the University of Missouri had a policy regarding safe spaces and their employees were trained to understand and follow it, the issue with Professor Clark could have been avoided. She would have known that assaulting a student journalist is not protected free speech, especially when that assault occurs in a traditional public space. If the University of Missouri had a safe space policy, then the students could have selected a nonpublic or limited public space to hold their event so they would have been protected from journalists. In a public space, the police could have helped Professor Click.

Because of the incident at the University of Missouri, the IUPUI system should be proactive and create a policy to protect itself. The policy could look like this: