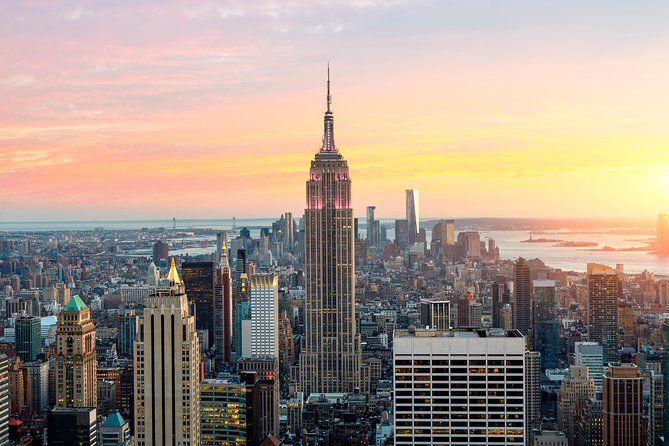 According to CNBC reporting, a group of 250 NY CEOs and top executives sent a letter to Governor Cuomo and the state legislators regarding the proposed New York tax increase.

Democratic members of the state Assembly and Senate are pushing for a record number of tax increases. These proposed spikes fall on companies and high earners which could top $6 billion a year. The representatives say the pandemic inflated the inequality in New York during the pandemic. They claim higher taxes on companies and high earners are the only way to reduce the wealth gap.

Currently, New York raises roughly $50 billion each year from state income taxes. 60% of this figure come from the highest-earning 5% of tax filers in New York.

The package proposal for the New York tax increase will hit the highest earning tax base with higher income taxes and levy a new surcharge on capital gains. The budget is due at the end of March.

A Warning, Not a Threat

The letter is a warning regarding increasing taxes as part of the state budget which may lead to a dramatic loss of businesses and high-income earners. The claim is remote-working patterns developed during the pandemic. This caused many of the top financial, real estate, and legal professionals to flee the city. Now the group, along with their companies, may be leaving forever if the proposed taxes are approved.

The executives are urging the politicians to postpone any tax increases. And revisit the issue after both the city and state have completely recovered from the techno-pandemic.

“Many members of our workforce have resettled their families in other locations, generally with far lower taxes than New York, and the proposed tax increases will make it harder to get them to return,” the executives claimed. “This is not about companies threatening to leave the state; this is simply about our people voting with their feet.”

The group said, “significant corporate and individual tax increases will make it far more difficult to restart the economic engine and reassemble the deep and diverse talent pool which makes New York the greatest city in the world.”

“Ultimately, these new taxes may trigger a major loss of economic activity and revenues as companies are pressured to relocate operations to where the talent wants to live and work. This is what happened to New York during the 1970s when we lost half our Fortune 500 companies, and it took thirty years to recover. ”

“Once we are on a path toward restoring more than one million jobs and thousands of small businesses New York has lost in the past twelve months, there may well be a need to raise new revenues to fill the gaps in our education, health, and social welfare systems,” the letter said.

The letter says the tax increases were not necessary since the $1.9 trillion federal relief bill passed earlier this month. This hike appears  despite the $12.5 billion earmarked for the state through the relief bill.

Rebecca Bailin, campaign manager for Invest in Our New York, an effort to fund social programs by taxing the wealthy, said the letter was “250 wealthy people in their homes pleading for the status quo.”

Gov. Cuomo’s office is not yet responding to requests for comment.