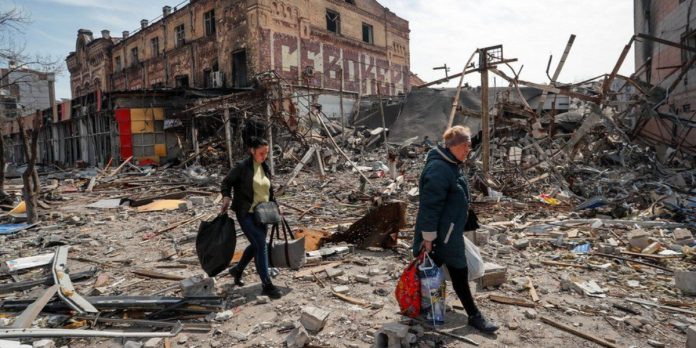 The southern port city of Mariupol, Ukraine has been bombarded by Russia for weeks.  Small groups of Ukraine fighters have been holding out in an Ilyich steel plant in the city. And they have been ordered by Putin to “Surrender-or-Die.”

The once-thriving city has been largely decimated. It had a prewar population of over 430,000. And much of Mariupol’s population has fled.

It is difficult to calculate the loss of civilians. Mariupol has endured 7 weeks of bombing on non-military targets.

Russia is claiming that more than 1,000 Ukrainian troops have surrendered there. Ukraine continues to deny Russian estimates.

UPDATE: 1-19-2022 The deadline for surrender has passed. And the last stand of the defenders of Mariupol continues. So far there has been no surrender.

Ukraine President Zelenskyy said that a total of 2,500 to 3,000 Ukrainian soldiers have been killed in the conflict. And between 1,000 and 2,00 are said to be sheltering at the steel plant.

The city has been fighting back. The city looks like a graveyard for tanks. The streets are cluttered with bombed-out and abandoned Russian equipment.