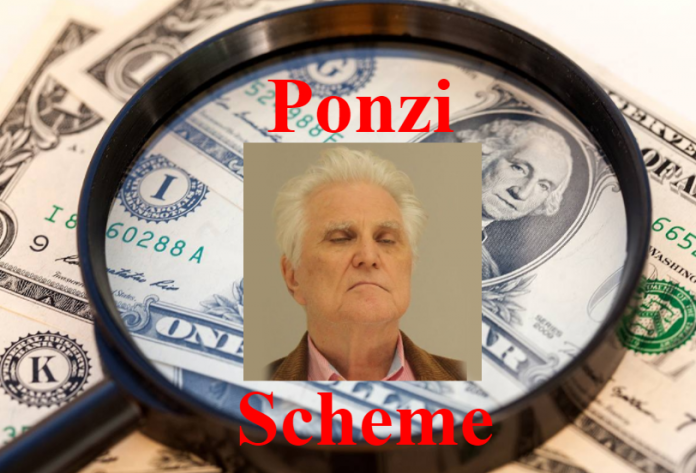 In addition to the three life sentences, District Judge Elizabeth Beach also ordered Gallagher to serve an additional 30 years in prison as a result of his guilty plea on August 31, 2021. The 80-year old scammer must serve the sentences concurrently, therefore, he will spend the rest of his life in prison.

Gallagher was the president and CEO of Gallagher Financial Group. On his company’s website, he described himself as a financial journalist and a former instructor at Texas Christian University.

He promoted Gallagher Financial Group with the tagline “See you in church on Sunday” on Christian radio, in his books, and during his in-person “educational” seminars.

In August 2019, he was indicted for defrauding $32 million from senior citizens in a Ponzi scheme.

During a three-hour court hearing on Monday, more than a dozen elderly victims testified against Gallagher. The victims told that they lost a significant amount of money, around $50,000 to $600,000 that they invested in Gallagher Financial Group.

One of the victims, Judy Dewitt said, “I’m afraid my money is going to run out. It’s a very scary thing.” She and other victims requested Judge Beach to punish Gallagher with a life sentence.

Judge Beach also sentenced the 80-year old scammer to additional 30 years in prison on one charge of forgery against the elderly and two charges of exploitation of the elderly.

In a statement, Lori Varnell, chief of the Tarrant County Criminal District Attorney’s Elder Financial Fraud team, commented, “Doc Gallagher is one of the worst offenders I have seen. He ruthlessly stole from his clients who trusted him for almost a
decade.

“He amassed $32 million in loss to all of his clients and exploited many elder individuals. He worked his way around churches preying on people who believed he was a Christian,” added Varnell.

On March 27, 2020, Gallagher pleaded guilty to first-degree charges of securities fraud and money laundering in the 94th Criminal District Court of Dallas County.  he admitted defrauding investors from 2013 to 2019. The court ordered him to pay $10,386,816 in restitution to the victims of his Ponzi scheme. The court also ordered him to serve 25 years in state prison.