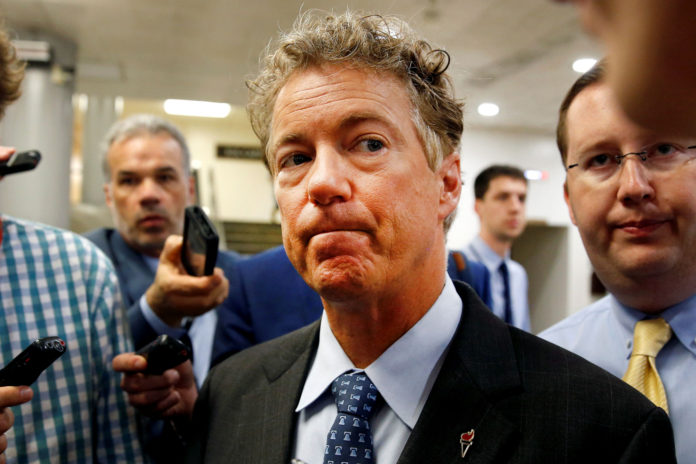 The war in Afghanistan is now in its 16th year and Senator Rand Paul is introducing a sense of urgency into debate over the war. On Monday he demanded a new Congressional authorization for fighting terrorism abroad.

Paul has a very libertarian-leaning voting record and is known for staging protest votes. He has vowed to delay a $700 billion dollar defense spending bill unless Congress pledges to pass a new authorization bill within six months.

There has been growing pressure within Congress to address military authorization for battling extremist forces overseas. Currently, the military relies on the Authorization for the Use of Military Force (AUMF). The 2001 bill, brief in nature, grants the President authority to take action against “nations, organizations, or persons he determines planned, authorized, committed, or aided the terrorist attacks that occurred on September 11, 2001.”

Senators Bob Corker (R-Tenn.), Tim Kaine (D-Va.) and Jeff Flake (R-Ariz.) reportedly prefer to craft a sunset bill for the AUMF within the Senate Foreign Relations Committee. Corker, the committee chairman, has “promised” to open debate on the issue soon.

Critics claim that the bill has more than overstayed its welcome. The attacks of 9/11 are now a distant 16 years in the rear-view mirror. Rand Paul’s move to delay the must-pass defense spending bill represents the boldest effort yet to force new legislation. Paul pledged to “sit on the floor, in silent protest . . . for as long as needed to ensure Congress do its duty, and vote on ending these wars.” 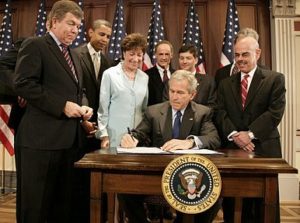 He further added on Twitter: “Where is the anti-war left demanding the wars end? Where is the constitutional conservative right demanding Congress reclaim its war powers?”

The U.S. military is involved in combat operations (either aerial or ground) in seven different countries: Iraq, Afghanistan, Yemen, Somalia, Syria, Pakistan, and Libya. Paul noted this in a Monday op-ed piece. The AUMF “said nothing, however, about launching airstrikes against ISIS in Libya. Or Syria. Or intervening in Yemen.”

Paul will have little room for protesting here. There will likely be another vote Wednesday, after Monday’s 89-3 Senate vote in favor of advancing the defense bill. Paul will be confronted with overwhelming pressure to fall in line if enough Senators are present. Regardless, his openness may force other lawmakers to publicly take a position on the issue.