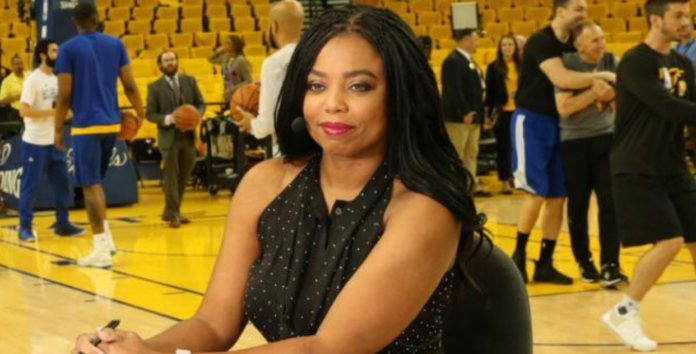 ESPN’s Jemele Hill is a prime example of a colossal problem in this nation.

“President Trump Is A White Supremacist”

Hill engendered the ire of many Americans after tweeting out the following lie on Monday night:

As reported by The Hill, Hill’s comments originally came in response to her aversion to Kid Rock’s usage of the Confederate flag. After falsely slandering the President, Hill doubled down on her attacks by calling the President “unqualified,” “unfit,” and “bigoted.” Then, she stated that President Trump was only elected because of his skin color. Interestingly enough, many people have said the same about Barack Obama. Both sides can employ the race card.

The Flaws In Hill’s Assertions

Similarly to the majority of liberals, Hill provided absolutely no evidence to support her unsubstantiated, erroneous claims. When will Democrats understand that by calling anything and anyone they dislike ‘racist,’ they are actually delegitimizing the word? There are actual racists in the world, however, people like Hill ironically play right into their hands.

President Trump is not a racist. When leftists claim he is, they often cite his criticism of illegal immigrants as merit. Illegal immigration is mutually exclusive from race and intelligent people are aware of this.

Another liberal talking point refers to the Justice Department suing Mr. Trump for supposedly not renting to black and Hispanic tenants decades ago. What they don’t mention is the fact that countless companies faced lawsuits. Secondly, the President was cleared of all charges. In this nation, citizens are innocent until found guilty.

Everything You Need To Know About The Backlash

Perhaps Hill found her tweets to be amusing, but the majority of Americans did not. As a matter of fact, the backlash was so swift that ESPN issued the following statement:

“The comments on Twitter from Jemele Hill regarding the president do not represent the position of ESPN. We have addressed this with Jemele and she recognizes her actions were inappropriate.”

After Hill’s flagrantly fallacious tweets, many people called for her termination. Quite frankly, firing Hill is a much needed measure. For far too long, liberals have skated by with slanderous remarks about right wingers and others who contrasted with Democrats’ twisted ideologies.

President Trump has repeatedly condemned racism and racial hatred for decades, but Democrats don’t care. They seem to think if they continue hurling racism that it’ll eventually stick. It won’t. Americans are tired and beginning to fight back. Hill’s assertions only serve to prove how weak of a party Democrats are. They have no policies, no reform, no strategies. All they can do is “resist,” slander, and destroy.

Hopefully, ESPN will make an examples of Jemele Hill and give her the boot.