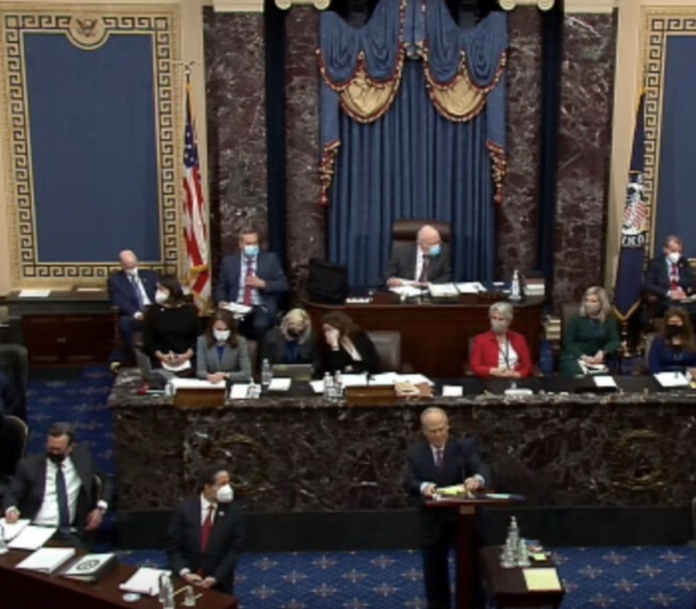 Many people in America are facing some tough times as of late. Millions suffer from unemployment due to the pandemic and presently rely upon various unemployment programs from the government. Thanks to President Joe Biden’s removal of Keystone Pipeline, more blue-collar workers have joined the ranks of the jobless.

None of the aforementioned has caused Congress to reconsider its current fixation on an impeachment trial against an ex-president. The Democrat-controlled Congress is focusing its energies on trying to convict former President Donald Trump, rather than passing policies to better the economy.

Since the inception of the trial, it was very clear that Democrats lack the necessary 67 Senate votes to garner a conviction of the 45th president, yet this trial still remains ongoing.

On Wednesday, twice-failed presidential candidate Hillary Clinton professed that if Republicans vote to acquit Trump, they’ll prove themselves to be “co-conspirators” of the former president.

If Senate Republicans fail to convict Donald Trump, it won't be because the facts were with him or his lawyers mounted a competent defense. It will be because the jury includes his co-conspirators.

Like many others, Clinton isn’t hesitating to get her two cents in on the impeachment trial and the outcome she’d prefer. The twice-unsuccessful presidential candidate’s claim that Republicans who don’t vote for conviction are “co-conspirators” is not at all original; shortly before the Senate trial commenced, House Speaker Nancy Pelosi made similar remarks.