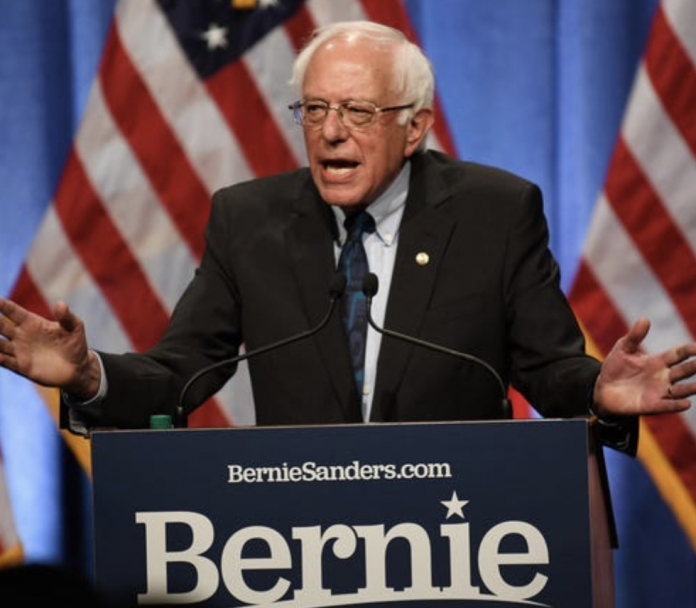 Yesterday, Democrat 2020 presidential candidate Bernie Sanders spoke about socialism and economics in America. Sanders also covered income inequality and the manner in which he believes U.S. workers will feel about tax increases.

What Does Sanders Think of Tax Increases?

There’s a lot of conversation about free services from the Democrats. As a self-proclaimed Democratic-socialist, Sanders is supportive of free college, free healthcare, etc. However, since nothing is really free, someone always winds up footing the bill. In this particular case, ‘someone’ translates to ‘the American people.’

In spite of this reality, Sanders believes that hardworking individuals will not mind losing more of their income to taxes. During an interview with CNN, the 2020 presidential candidate explained why he believes Americans will feel “delighted” to pay higher taxes.

“I suspect that a lot of people in the country would be delighted to pay more in taxes if they had comprehensive health care as a human right. I live 50 miles away from the Canadian border and you go to the doctor any time you want. You don’t take out your wallet. You have heart surgery, you have a heart transplant, you come out of the hospital, it costs you nothing.”

Later in the interview, Sanders did admit that the tax increase which Americans would experience under his proposals is a “trade-off.”

Censure from the Right-Wing

Conservatives and other right-wingers maintain strong disapproval of socialism in all forms; this includes democratic-socialism. Those who lean right of center are also supportive of lower taxes, another conflict with the policies that Sanders is proposing. Furthermore, the right-wing overwhelmingly believes that having government control various factions of people’s lives is not ultimately for the best.

During Sanders’ interview yesterday, he faced a question about how he’d respond to criticism from the president on socialism. Sanders replied by citing Finland and Germany as positive examples of places where college and healthcare are free. However, he also admitted that personal and individual taxes are much higher in those nations than here in America.

Sanders may believe that the “trade-off” of paying more in taxes for government-controlled services is “delightful,” but not all Americans agree.