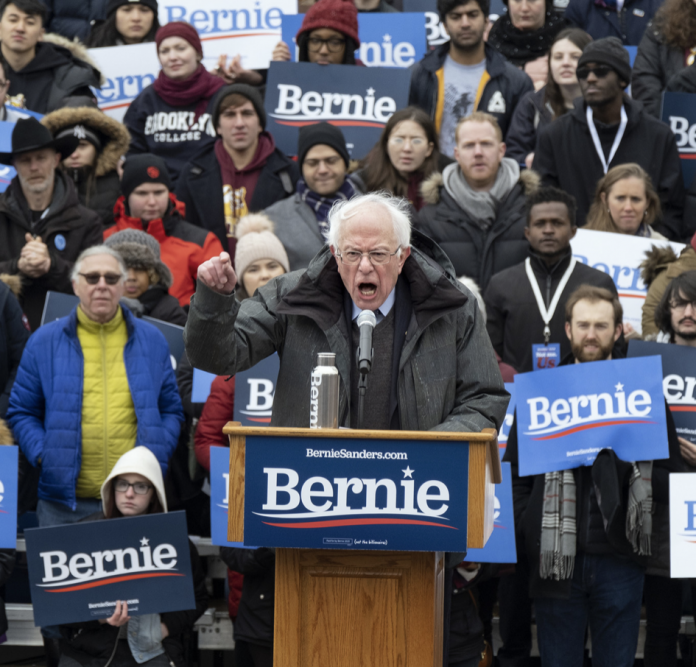 As the Democrat primary race continues to play out, various factions of the party have some concerns. More specifically, supporters of Bernie Sanders worry that the Democrat establishment is colluding against him.

This is a scenario which played out during the 2016 election when Democrats afforded Hillary Clinton a vast amount of superdelegates. Months later, Americans would learn that establishment Democrats purposefully sabotaged Sanders’ chances of winning the nomination; this subsequent revelation arrived after the exposure of various Wikileaks emails.

Why do Progressives Believe the Democrat Establishment is Against Sanders?

In a nutshell, the progressives who support Sanders believe that polls showing frontrunner Biden in the lead may be doctored. Furthermore, Sanders supporters are having issues with the media’s lack of coverage of their events. The Democrat establishment’s past sabotage of Bernie Sanders doesn’t put the minds of progressives at ease either.

“The mainstream media and the DNC are colluding against the American people. That’s what it feels like. It’s the same thing all over again.”

Thus far, Sanders is the second most popular Democrat in a field of nearly two dozen prospective contenders. However, Biden’s reported lead is still substantial and within the double-digits.

Is the Democrat Establishment Pushing for Biden?

Progressive concerns about the Democrat establishment are not wholly unfounded. However, at this time, it remains unclear whether or not powerful Democrats are conspiring against Sanders.

Despite Biden’s substantial lead, he has still taken some hits from various progressive groups. Shortly after the former vice president announced his candidacy, Justice Democrats slammed him as a centrist who lacks the policy and conviction to take on President Trump.

Moreover, various Democrat big-names, such as Rep. Alexandria Ocasio-Cortez censured Biden for his desire to find a “middle ground” on certain issues. Ocasio-Cortez also previously stated that she will likely endorse either Elizabeth Warren or Bernie Sanders for president.

There still remain several months until Democrats select the nominee to represent them in the general election. Whether or not that nominee is Sanders, Biden, or another person entirely is presently unknown.