The former chairman of Nissan was initially arrested on November 19, 2018. According to Nissan chief executive Hiroto Saikawa, an internal investigation revealed that Ghosn had used company money for personal gain. 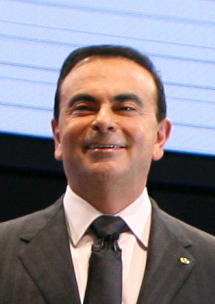 Reports in the Japanese media indicate that Ghosn was using Nissan funds to pay for private apartments. Rio de Janeiro, Beirut, Paris and Amsterdam were a few locations where Ghosn may have apartments paid for by Nissan. He was also using funds to take his family on elaborate family vacations. Nissan says that they think Zi-A Capital BV based in the Netherlands was handling the payments. Auditors say that they had been trying to track company activity involving Zi-A Capital BV for about eight years.

A whistleblower within the company provided the first tip. The company believes that over the course of the last decade Nissan paid Ghosn’s sister $1.7 million for work she never performed.

Ghosn May Have Underreported Income

Officials with the company also say that they think that Ghosn underreported his income for the last eight years. He reportedly had his assistant Greg Kelly draft elaborate deferred payment plans. It is these plans that the SEC is investigating.

Authorities held Ghosn for 28 days under Japan’s new aggressive plea-bargaining plan. It was only then that the government charged Ghosn with financial misconduct.
The government also charged Ghosn with conducting a financial swap. Nissan may have absorbed over $16.1 million that Ghosn had lost personally in the days leading up to the financial crisis in 2008. Authorities brought further charges against him on January 11, 2019. Nissan has also said that they may sue Ghosn over the money used by him personally.

Ghosn still maintains that his arrest was a result of a plot and treason against him. Officials with Renault initially stood behind Ghosn. The company has now said that they may dismiss him based on his continued incarceration. Renault owns 43 percent of Nissan while Nissan owns 15 percent of Renault.

Plan to Combine Nissan and Renault

Ghosn wanted to move Nissan and Renault even closer together. In fact, Renault might have eventually obtained the majority of Nissan. The French government for many years has not been supportive of the two companies growing closer together. The government currently owns a large part of Renault.