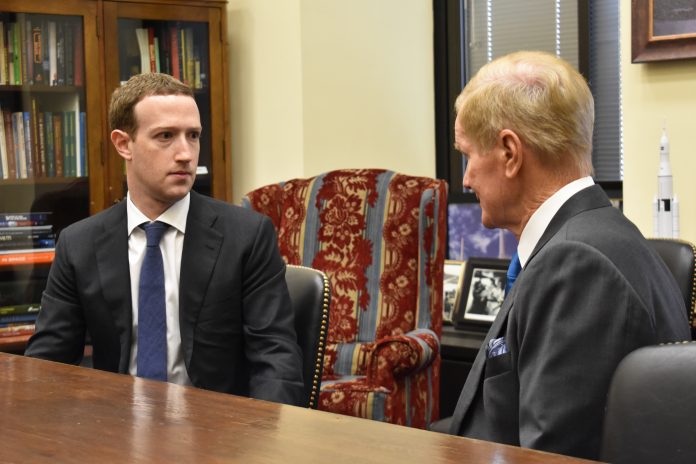 U.S. Senator Bill Nelson of Florida said Facebook failed to protect the personal information of millions of users. The social network giant also concealed that failure. The senator is a ranking member of the Commerce Committee.

Sen. Bill Nelson made the statement after his meeting with Facebook CEO Mark Zuckerberg on Monday. According to him, he reminded Zuckerberg about the company’s responsibility to protect its users’ personal information.

The Cambridge Analytica data scandal is currently engulfing Facebook and Zuckerberg, who agrees to testify before a joint hearing of the Senate Judiciary and Commerce Committees on Tuesday.

“Facebook failed us. Not only did they fail to safeguard the personal information of millions of users, they concealed it from us,” said Sen. Nelson.

Additionally, the senator noted that the Cambridge Analytica data scandal is “not the first time Facebook mishandled user information.” However, this is the only time the social network giant is “coming clean” and informing users whose information have been compromised. The company is also saying that it will correct its mistake.

Furthermore, Sen. Nelson emphasized, “The bottom line here is: if Facebook can’t fix its privacy problems, then how can Americans trust them to be caretakers of their sensitive information?”

During a press briefing, the senator expressed skepticism about Facebook’s ability to address the privacy issues.

Sen. Nelson told reporters that Zuckerberg thinks that “he’s taking action and has in the past.” He added, “I think there are going to be a lot of challenges for his company in the future.”

Moreover, the senator emphasized that Congress needs to do something to protect the privacy of Americans. He called for more regulation of social media platforms.

“If we don’t rein this in, none of us are going to have any privacy any more. I think we have just seen one of the openings in the door to taking away our privacy,” said Sen. Nelson.

Facebook is implementing a number of changes on its platform

Over the past week, Facebook announced and started implementing a number of changes to its platform to protect users’ information and the integrity of elections worldwide. The social network giant restricted third-party apps from accessing users’ guest list on Events API and their members list on Group API. It is also requiring third-party apps to agree to strict requirements.

Facebook also started verifying every advertiser seeking to run political ads on its platform. The company is also requiring all users who manage large pages to verify their identities.

On Monday, the social network announced that it will invite respected academic experts to form a commission that will assess the impact of social media on society. The commission will initially focus on the impact of Facebook on elections.