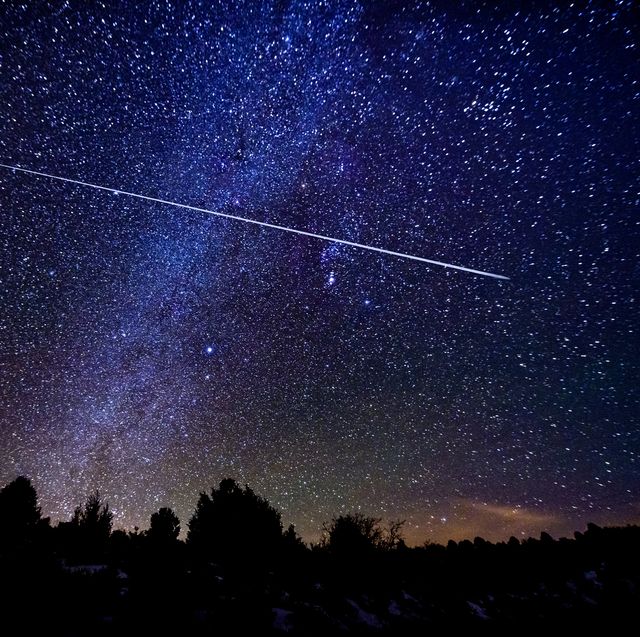 During 2022 skywatchers can plan for many nights of viewing the moon, stars, and meteors.

Here’s a rundown of some of this year’s most interesting light shows.

The second night of the new year is the peak of the 2022 Quadrantid meteor shower. But only certain parts of the world will be able to enjoy the event.

Unfortunately for the Northern Hemisphere, these meteors are best seen in Asia, Europe, and Africa. The meteor shower is at its peak Sunday night into early Monday morning for about 4 hours.

Hopefully, North American observers can catch a quick peek if the Quadrantids show up a little later than expected. If there is a short delay, parts of Canada and the eastern United States may have a chance of seeing shooting stars before the end of the annual meteor shower.

Five months later the Eta Aquarids will arrive. These meteors are famous because they are formed from stardust shed by Halley’s comet. And they will be peaking during the predawn hours of May 5th. They will radiate from the constellation Aquarius.

These brilliant and bright shooting stars will streak across the heavens during a waxing crescent moon. And this makes for perfect viewing conditions with no bright moonlight drowning out the meteor event.

If you are viewing away from city lights in good weather, as many as 20 to 30 shooting stars per hour may be visible. 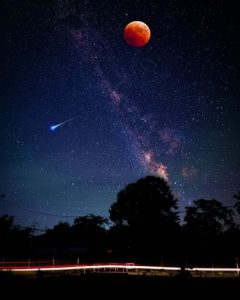 Planets line dance in the sky

From March 24 to April 5 predawn viewers should look for Venus, Mars, and Saturn to cluster into a triangle. If the weather is good they should be visible near the horizon in the southeastern skies. And every morning the bright planets shift positions.

The planets will form an ever-changing triangle after April 1. The planet trio then forms into a straight line. Saturn and Mars almost touch on April 4th. And they will be separated by only half a degree of an arc about the width of the full moon.

Then on April 30 and May 1 expect a Venus and Jupiter conjunction. Jupiter moves higher into the southeastern sky each day just before dawn. Jupiter is set to approach the brilliant light of the planet Venus. On April 30th the two worlds will look almost like one. The planet pair should be visible at the same time through binoculars and telescopes. And if you look to the upper right in the sky Mars and Saturn are visible.

Expect a great light show from June 18th  to the  27th. Five planets Mercury, Venus, Mars, Jupiter, and Saturn will be visible. And maybe even Uranus will show up. This rare lineup of all the major planets should be visible to the naked eye.

You may need binoculars or telescopes to spot the green light of Uranus. If you see Uranus, perfect weather and sky conditions are required.

On June 26th stargazers on the lookout will see a bright Venus close to the moon. Then on June 27th, Mercury takes center stage. And it appears near the moon just before sunrise.

A pair of total lunar eclipses are on the way in May and December 2022.

Expect the moon, the sun, and the earth to perfectly line up so the moon will be hiding in Earth’s shadow. This phenomenon has both awed and terrified humans throughout history. And astronomers are able to accurately track when a lunar eclipse will occur.

On May 15th and 16th, we see the Flower Moon total lunar eclipse. This lunar eclipse will be visible from North and South America, Europe, Africa, and parts of Asia.

Most of the world will be able to view this Moonshadow event from beginning to end. It begins around  9:32 p.m. EST on May 15. That’s when the eclipse reaches its maximum phase and the moon turns its deepest red a little after midnight 12:11 a.m. EST May 16.

May’s full moon is known as a Flower Moon, named for the blooming flowers this time of year in the Northern Hemisphere. So you will be watching a Flower Moon Eclipse.

November 7th and 8th bring us a Blood Moon total lunar eclipse. During this totality, the moon changes color and becomes a deeper yellow, ruddy orange, or even a deep crimson. The Blood Moon is anticipated to be visible to billions on Earth.

People across North and South America, Asia, Australia, and most of Europe will be able to watch the moon turn reddish during the overnight hours of November 7th and 8th. In the Western United States and Canada, eastern Russia, New Zealand, and parts of eastern Australia, the entire eclipse will be visible.

Meanwhile, eastern North America and most of South America will be viewing the eclipse in partial phases. The totality begins November 8th at 3:03 a.m. PST when the moon starts to shadow the earth.  And the eclipse will end at 3:41 am PST.

Here’s hoping the stars shine beautiful and bright for all the stargazers in the world.