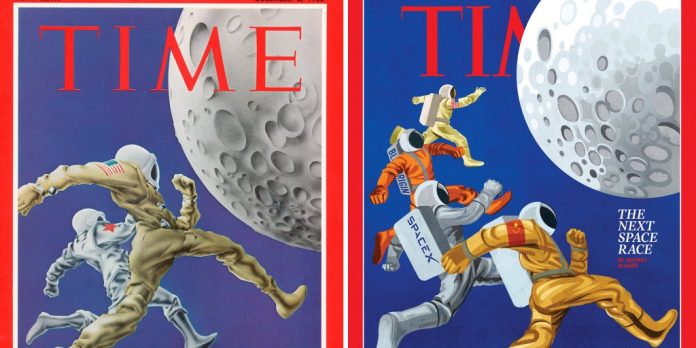 The European Space Agency (ESA) created an initiative, in which the “ESA defines elements of future European space transportation solutions.” And it’s all because SpaceX is winning the space race. The agency is subsidizing three partner companies. The contracts valued are at €500000 ($589,180 USD). Avio, ArianeGroup, and Rocket Factory Augsburg will outline and publish a plan to develop competitive launch systems from 2030-2050.

Daniel Neuenschwander, director of space transportation for the space agency says the initiative will allow Europe to better prepare a future timeline for space launches. It “lays the foundations which enable us to prepare the future beyond Ariane 6 and Vega-C.”

He explained, “These system concept studies will include services which prioritize the future needs of Europe’s space programs but also allow us to address global market needs.”

This is a pivotal moment for SpaceX in the new “space race.” And the ESA is hoping they can stay in the global competition.

The report should be completed this summer.

No Respect for Europe

In the last few years, the ESA has become concerned its past investments are not paying off in future interplanetary missions.

Russia’s got 60 years of space history. It was the Soviet space program which was responsible for putting the first human in space.

And with the Apollo program, NASA sent American astronauts to the moon. Then China became the third nation to launch a human into space. And they are quickly developing into a tough competitor and a force to be reckoned with.

Nearly thirty years ago the ESA became a commercial launch services provider. Anyone with a satellite, with the financial means, depended on Europe to fly it into space. As of today, ESA has launched about half of the active telecom satellites.

With the multinational construction of the International Space Station (ISS) the space race seemed at a standstill. The ISS is the largest structure humans ever put into orbit. And it has been continuously occupied since Nov. 2, 2000, by over 250 visitors from 18 countries.

Then a few years ago the US renewed its priorities and began to revitalize and reimagine space tech. And new-kid-on-the-block SpaceX is moving so fast it’s leaving everyone in space dust.

After some trial-and-error SpaceX developed the reusable, low-cost Falcon series rocket. And they have been a dominant player ever since. And now it looks like the Starship SN10 is getting close to success.

Since 2014 SpaceX has taken a huge part of the commercial satellite launch business from the ESA. Since that time it’s been clear SpaceX is winning the space race.

It was Europe’s Ariane rockets were once launching satellites. Now even with the new rocket designs under construction, there are concerns the ESA won’t be able to compete with SpaceX.

And with the rideshare program for the Falcon 9, SpaceX could easily take missions away from the Vega-C, which has a lift capacity of about 1.5 tons to polar orbit.

Because of this, the French and Italian ministers are calling for Europe to offer a significant “technological and industrial” response to the rise of SpaceX. It is not clear what form this would take, nor how quickly the European nations could move in response.

Europe is lagging behind SpaceX.  With the NASA partnership with SpaceX, the company is now even sending astronauts to the ISS. In fact, French astronaut Thomas Pesquet, mission specialist on the Crew-2 mission, is scheduled to launch next month. He will be the first European astronaut to catch a ride on a SpaceX vehicle. But many European astronauts will follow.

And as SpaceX aggressively sends its Starlink mega-constellation into space, Europe’s hopes are fading. They simply can’t build hundreds of satellites a year. And if they were able to build them they couldn’t launch them.

The ESA is urging its partners to develop a plan to compete. The group expected the completion of the Ariane 6 and Vega-C rockets in the next 18 months. The member states of the ESA are asking for a  “technological and industrial” response plan to the rising fortunes of SpaceX.