Home Investigates Texas inmate gets out of prison for murder while new evidence is...
SHARE 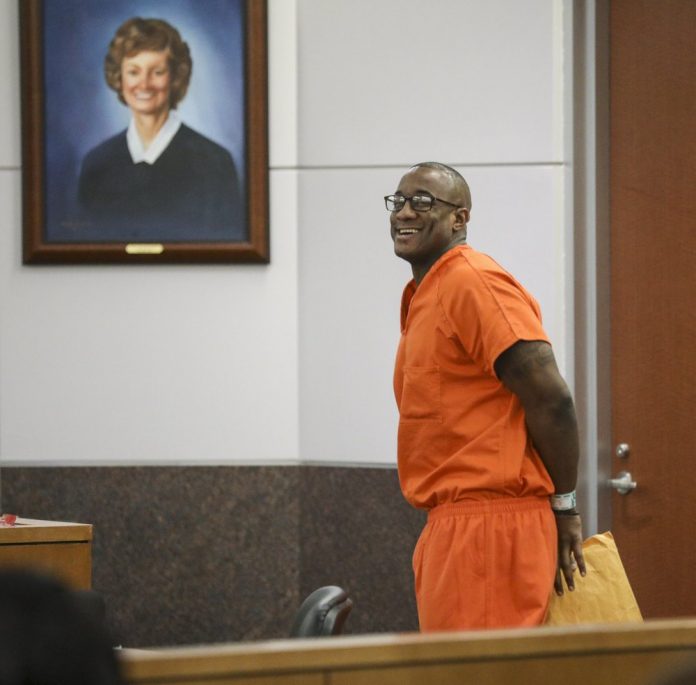 A Houston man serving a life sentence for a 2010 fatal stabbing was freed on bond Tuesday while authorities reinvestigate his case, including new DNA evidence that his lawyers say exonerates him.

Lydell Grant has been in prison for seven years for the killing of 28-year-old Aaron Scheerhoorn outside of a Houston club. Police say Scheerhoorn ran to the club after being stabbed and sought help. He was turned away and witnesses said they saw Grant stab him several more times before fleeing. Grant was convicted in 2012.

Grant’s attorneys say a new analysis of DNA found on the victim’s fingernails and clippings excludes Grant in the attack and points to another man as a suspect. Harris County District Attorney Kim Ogg said there is “substantial new evidence that points toward a person of interest,” but authorities are “not there yet” in concluding that this new suspect was responsible for the killing.

After a court hearing Tuesday morning in which he was granted a $100,000 bond, Grant was released from custody late Tuesday afternoon. He was enthusiastically greeted by his mother, younger brother and other family and friends.

Grant, 42, told reporters his release was “a long time coming” and he thanked his family, the Innocence Project of Texas and God. He said he looked forward to enjoying Thanksgiving with his family, including eating a “big turkey” and his favorite dessert, peach cobbler.

“I really believe that the justice system is going to do the right thing,” Grant said. “I want to believe the Harris County District Attorney’s Office will go ahead and exonerate me because the evidence and the investigation of the case, it proves itself.”

Earlier Tuesday, Grant’s mother, Donna Poe, said the last seven years have been difficult for her family, but that her son has followed his stepfather’s advice and been the “light inside of the hole.”

“The whole time he’s been incarcerated in prison, he has accumulated so many friends there who would come to him for spiritual guidance. He was the light inside of the hole and he did keep hope alive. And this day, we are going to see him home,” Poe said.

Ogg said authorities began reinvestigating Grant’s case several months ago after the fingernail evidence was retested with more advanced technology than had been available during the initial investigation and after the results excluded Grant.

The retesting also resulted in a hit on the FBI’s Combined DNA Index System, or CODIS database, that pointed to another individual as a person of interest, she said.

Ogg said the evidence pointing to this person of interest as the killer is “mounting,” including evidence that shows he was in Houston around the time of the killing and that he left afterward.

“We’re working together to try and get to the bottom of things,” she said. “We have to be methodical and we have to be swift but check out every detail because (Grant) was convicted by a jury and there were six eyewitnesses.”

Mike Ware, who is the executive director of the Innocence Project of Texas and one of Grant’s attorneys, said he believes erroneous eyewitness identifications based on outdated and flawed techniques used by police detectives also helped to wrongly convict Grant.

Mistaken eyewitness identifications contributed to more than 70% of the more than 360 wrongful convictions in the U.S. that have been overturned by post-conviction DNA evidence, according to the Innocence Project.

“We anticipate that the evidence is going to justify overwhelmingly that he should be exonerated of this crime that he was wrongfully convicted of,” Ware said.

“They want the right person to go to jail,” she said. 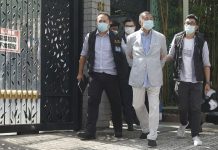 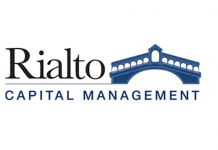