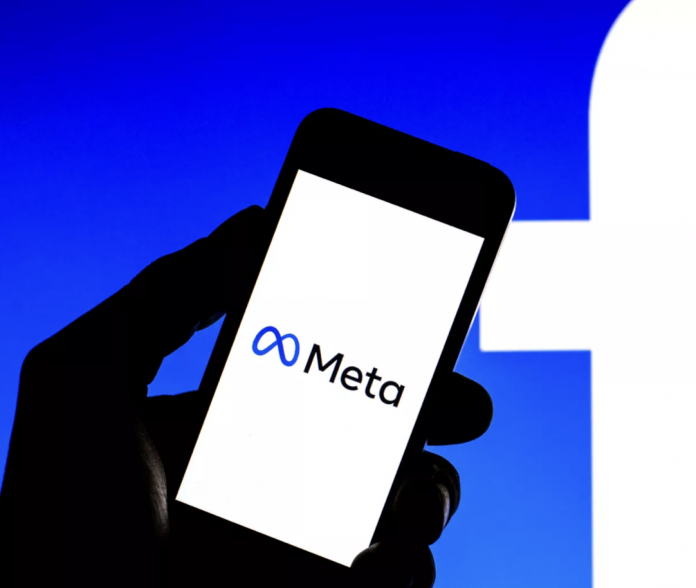 As we approach 2022, there’s no denying technology plays a huge role in our lives as individuals. In modern times, many people use technology to work, communicate with loved ones, and even order food and groceries.

First and foremost, the benefits technology has brought into our lives are a given; however, it would be remiss not to acknowledge the dark side of technology, also. When human beings become too dependent on (or even addicted to) technology, this is when problems arise.

However, these platforms are also facing heightened scrutiny as of late, due to the adverse mental health impacts they’re having on teenagers and others. Believe it or not, though, this is barely scratching the surface.

Facebook CEO and founder Mark Zuckerberg has in the works a simulated, virtual reality system called the “Metaverse” or “Meta.”

Meta is a virtual reality system where people can literally live within an augmented, faux reality, rather than the real world. This should send chills up everyone’s spines for a plethora of reasons.

The ins and outs of Meta: A full breakdown

As documented by The Verge, Zuckerberg describes the metaverse as a “vision” that literally places individuals “within” content, rather than these individuals simply viewing content from a screen, such as a computer or a smartphone.

Additionally, Zuckerberg claims that with meta, people have heightened levels of awareness where they are personified within a new reality described as visual and augmented. According to the CEO of Facebook, the approximate timeframe for when he plans to fully bring the metaverse to life is within five years.

When asked by The Verge about whether it is a positive thing for individuals to be, work, and ultimately live within virtual environments, Zuckerberg’s response took an interesting turn.

Zuckerberg declared meta permits individuals using it to enjoy a “stronger sense of presence”; that’s not all, though. He additionally detailed that just as people tend to use their phones on a regular basis, the metaverse allows for “richer” and “more comfortable” interactions.

Entering into the metaverse

To be clear, in order for one to enter the metaverse, they must wear VR helmets or devices mirroring the Oculus Quest headsets over their faces. To this end, The Verse questioned Zuckerberg on the inference that individuals would find working and essentially living in these head devices to be more enriching.

On this point, Zuckerberg stated technological evolutions will need to occur prior to people embracing these headsets as an entry into the metaverse. Furthermore, he mentioned individuals can possibly combine glasses with supercomputers inside of them to the headsets; this would serve as a sort of “workstation,” per Zuckerberg.

The Facebook CEO described more, though. He then proclaimed that instead of people calling one another, they can use meta to “teleport” into this virtual reality to communicate and then later teleport back to their original locations.

At this time, it is very clear the metaverse is something Zuckerberg is still planning and working to implement; nevertheless, the gist of what’s going on here couldn’t be plainer.

His argument for meta is that it will essentially make everything better. Instead of searching for information online, people can hop into their headsets, thus entering the metaverse, and find what they’re looking for in a shorter time period.

The same scenario applies to things like phone calls and even video conferences. Instead of people needing to hop on the phone or set up Skype, they can enter the metaverse and have “face to face” conversations with other “people” in this augmented virtual reality.

The dark side of the metaverse

Some people may believe the metaverse is nothing more than the next step.

On a surface level, it could be easy to believe this. After all, human beings use electronic devices to work, order food, and keep up with their daily schedules. There’s also the rise of automation that is integrating itself into people’s work lives and personal lives.

However, when one digs beneath the surface, it’s not difficult to see the insidious and Orwellian nature of the metaverse. In essence, meta demands individuals to escape the real world and enter into a virtual one, a world presumably controlled by Zuckerberg himself.

What happens to people in the real world as they are hooked into the metaverse? Also, what are the adverse impacts of wearing a headset for hours or even days on end, potentially?

Flashback to the Matrix

In many regards, the metaverse is a real-life manifestation of the Matrix; it’s something we all need to be very careful with.

In the Matrix, the system only functions because human beings are the batteries that keep it alive. In the metaverse, this system will operate by people using it, working in it, and essentially transferring their lives into the metaverse.

Meanwhile, in all of Zuckerberg’s promotion of meta, he hasn’t explained what will occur to people in the real world as they’re locked into this virtual world. What happens to our loved ones and our real lives that are not part of a virtual, augmented system?

What we’ve heard from Zuckerberg thus far is not good. According to him, “hologram” versions of individuals in the metaverse can go anywhere they like.

He sells this as an “opportunity” for individuals to advance and transcend themselves; however, all he’s really doing is selling people on how to become batteries to a real-life Matrix.

Ironically, as Zuckerberg is announcing and promoting the metaverse, there’s a new Matrix movie coming out in a matter of days called, The Matrix Resurrections. It’s almost as if the universe is warning us what could become of our lives, should we find ourselves sucked into the metaverse.

We are living in some interesting times. Sooner or later, all of us will have to make a choice that has life-altering impacts. Will we take the blue pill into the metaverse or the red pill that reveals the truth?