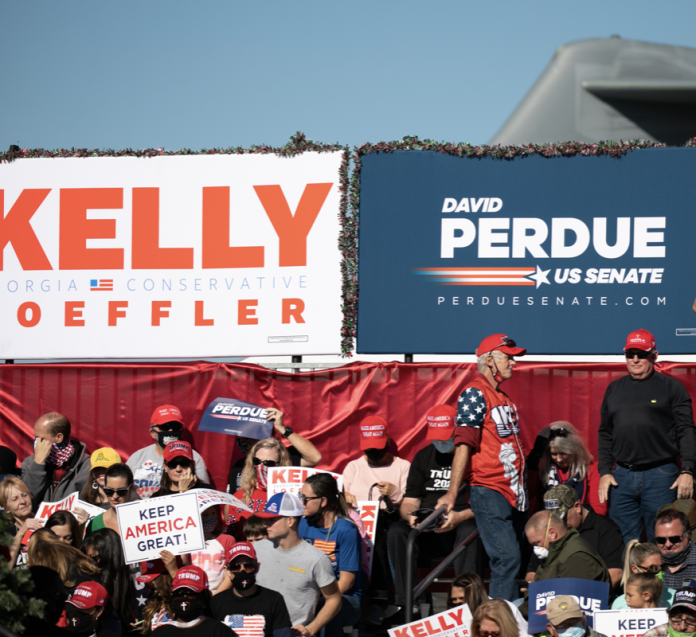 In exactly four more days, the Georgia special elections will reach an end. The arrival of 2021 has brought news that over three million early votes were cast in the state’s senate runoffs.

The runoffs have been heavily watched and followed by the nation as Georgia voters will determine which political party will control the United States Senate.

Sen. David Perdue is currently up for re-election against liberal challenger Jon Ossoff. On the other hand, Sen. Kelly Loeffler is working to safeguard her Senate seat from Democrat Raphael Warnock.

If Republicans retain one or two seats, they’ll hold onto their Senate majority; however, if Democrats best both of the GOP senators, Republicans will lose the majority.

The latest news on the Georgia special elections

More than three million Georgia residents, or 38.8% of the state’s registered voters, have cast a ballot thus far. Traditionally, Democrats are more likely than Republicans to vote early; although, the GOP has put a stronger emphasis on early voting as of late.

Over one million early votes were also cast in person. Interestingly, Republicans are likelier than Democrats to vote in person as opposed to the absentee ballot or voting via mail.

In Georgia, early voting came to a close on New Year’s Eve. With that said, Georgians who have yet to vote can make their voice heard in the runoffs on Tuesday, January 5.

Republicans and Democrats alike are reliant upon voter turnout in these runoffs. This is why Loeffler and Perdue are working overtime to get out the vote. Both Republican senators have traveled throughout the Peach State, meeting with voters and directly speaking to them.

Getting out the GOP vote

Perdue and Loeffler have support from Republicans across the nation. Top GOP leaders from South Dakota Governor Kristi Noem, Donald Trump Jr., Tennessee Sen. Marsha Blackburn, Ivanka Trump, and others have implored Georgia Republicans to get out and vote. Even President Trump held a rally last month in support of the two GOP incumbents.

This Monday, the president will be back in Georgia to get Republicans who haven’t already voted to the polls. Trump’s rally on January 4 will take place in Dalton at the Dalton Regional Airport. Loeffler will be in attendance; Perdue, who is in quarantine due to recent contact with a COVID-19-positive staffer, won’t be able to make the event, but will campaign virtually.