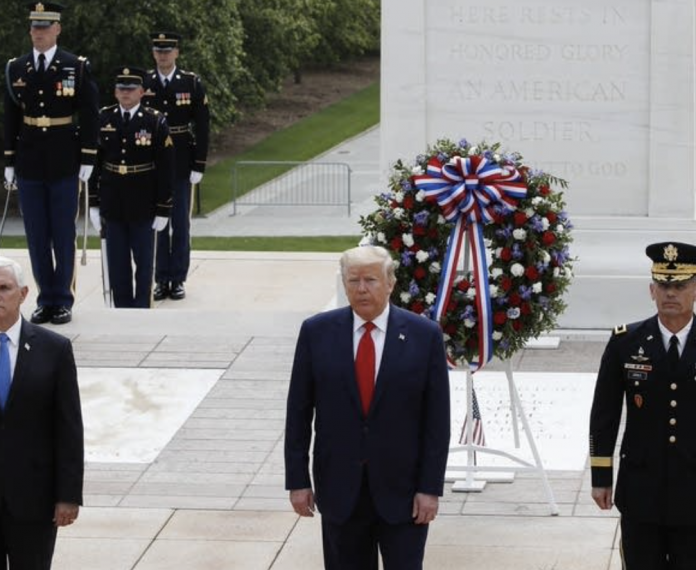 Memorial Day has arrived, a time in which tribute is paid to fallen military soldiers who made the ultimate sacrifice in defense of U.S. freedoms.

The sacrifices of the nation’s fallen heroes are irreplaceable and like no other. They must always be remembered, not just on Memorial Day, but also during the other 364 days of the year.

Earlier this morning, Trump released a statement acknowledging the nation’s deceased military heroes and their sacrifices. Trump’s remarks this morning marked a significant contrast from Vice President Harris cavalierly telling the nation to have fun over the “long weekend” without a single mention of Memorial Day or the fallen heroes.

The former president held nothing back in his touching tribute of America’s military officers who passed in the line of duty. Trump exalted these fallen heroes for fighting and dying in defense of American freedoms; the 45th president then stated that these heroes’ legacies remain “immortal.”

Shortly thereafter, Trump’s Memorial Day 2021 statement declared that the purity of the military heroes’ sacrifice remains unrivaled. The former president didn’t stop there, though; he also stated that fallen heroes sacrificed for the safety and success of Americans.

After stating that Americans will remain forever loyal to deceased military heroes and their families, Trump continued. The 45th president then proclaimed that the honor of the fallen military officers shall remain ongoing, not just today, but throughout eternity.

Across social media, Americans are acknowledging the ultimate sacrifices made by the military. Both “#MemorialDay” and “#veterans” trended on Twitter today as Americans weighed in.

Many people made a point of acknowledging that freedom in the United States is far from free. Republican leaders especially also pointed out that Americans have a duty to live up to sacrifices made by fallen members of the U.S. military. This means not just celebrating freedom, but also defending it.

Over the past year, many discussions about freedoms in the United States have come up. A good amount of Americans believe that freedom is under attack in the nation. This viewpoint comes amid partisan debates regarding COVID restrictions and now vaccine passports.