Home America Trump: Sanders Will Win Nomination Unless Democrats “Cheat Him Out of It”
SHARE 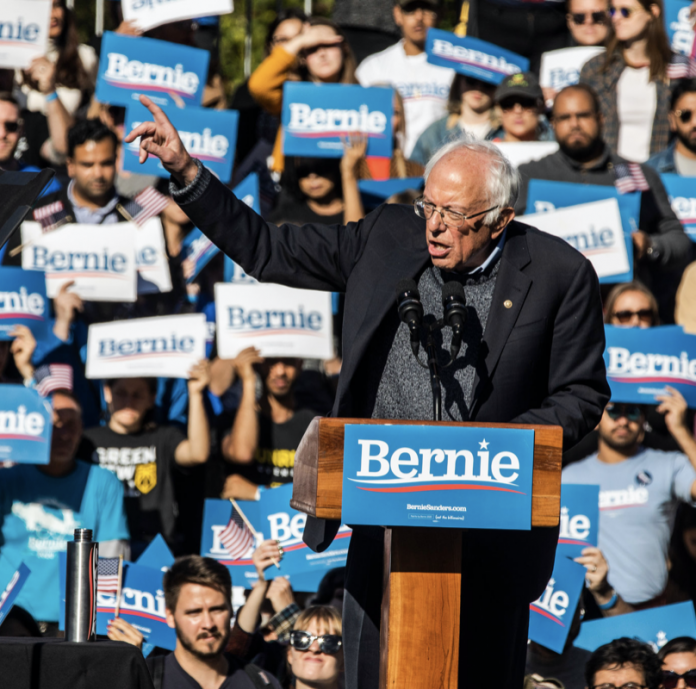 In the wake of Bernie Sanders’ wins in the New Hampshire primary and Nevada caucus, the 2020 Democrat is at the forefront of national attention.

Many Americans are, therefore, mulling over the prospect of Sanders becoming the nominee; meanwhile, the Democratic-socialist is under attack from his in-party rivals, such as Pete Buttigieg and Mike Bloomberg, who are eager to improve their own candidacies.

The next primary election takes place in South Carolina before Super Tuesday voting. A new poll shows Sanders coming in at second place with 21.5% support; this sets him only three percentage points behind Biden.

With the ascension of Sanders comes feedback from President Trump. The incumbent president maintains that Sanders will likely win the Democrat Party’s nomination, unless the establishment decides to “cheat him out of it.”

Trump on the Prospect of Running Against Sanders

Yesterday, the president spoke with the press on the White House’s South Lawn. During this time, Trump weighed in on the current events of the 2020 presidential election and what’s to come. According to the 45th president, Sanders’ progress thus far is a “great win” for the primaries; although, Trump maintains that everyone will ultimately “see how it all works out.”

Looks like Crazy Bernie is doing well in the Great State of Nevada. Biden & the rest look weak, & no way Mini Mike can restart his campaign after the worst debate performance in the history of Presidential Debates. Congratulations Bernie, & don’t let them take it away from you!

When discussing the prospects of running against Sanders, the president explained that while Sanders is looking likelier and likelier to become the nominee, a similar pattern emerged in 2016. This statement comes in reference to the DNC’s decision to essentially hand over the nomination to Hillary Clinton; of course, this choice angered a significant amount of Bernie supporters during last year’s election.

As previously stated, Sanders’ ascension has not come without backlash from his in-party rivals. At this time, candidates like Buttigieg and Bloomberg continue to brand Sanders as extreme and ultimately divisive.

Shortly after the Democratic-socialist won the Nevada caucus, Buttigieg professed that the nomination of Sanders would be a mistake. Furthermore, the former South Bend mayor made the case that Sanders’ “revolution” alienates Democrats and other Americans who are not 100% on board with him.