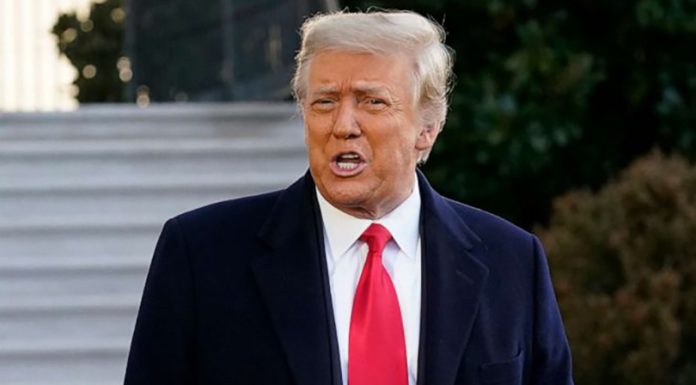 Former President Donald Trump allegedly floated an idea to start a third political party last week. This week, he is fully focused on helping the Republican Party gain traction and win back the House and the Senate in the 2022 races.

“In the last 24 hours, after floating the idea through a few folks that he was considering creating a third-party as a way to keep Senate Republicans in line ahead of impeachment, Trump has been talked out of that and is making clear to people he isn’t pursuing it,” The New York Times reported. “Trump has started to believe there are fewer votes to convict than there would have been if the vote had been held almost immediately after January 6.”

According to the report,  Jason Miller, a top Trump advisor, had drafted an “enemies list of Republicans for his Patriot Party to challenge in the Primaries. However, if a third party was created, they would be unable to directly challenge for primary seats.

“The President has made clear his goal is to win back the House and Senate for Republicans in 2022,” Miller said. “There’s nothing that’s actively being planned regarding an effort outside of that, but it’s completely up to Republican Senators if this is something that becomes more serious.”

“Top pro-Trump Republicans close to the Trump administration told The Daily Wire that they thought it was a ‘bad idea’ and that it would split enough support away from the Republican Party that it would ensure Democrats stay in the majority for quite some time into the future,” The Daily Wire reported. “Online, Democrats and leftists in the media cheered the idea for that exact reason.”

On his final day in office, Trump assured supporters, “We will be back in some form.”

“You are amazing people,” Trump said. “This is a great, great country. It is my greatest honor and privilege to have been your president. I will always fight for you. I will be watching. I will be listening. And I will tell you that the future of this country has never been better.”

“I wish the new administration great luck and great success. I think they’ll have great success. They have the foundation to do something really spectacular, and again, we put it in a position like it’s never been before despite the worst plague to hit since … 1917, over 100 years ago.”

Supporters should keep an eye out for more to come in this developing story. With rumors already circulating of Ivanka Trump running for a Senate seat in FL, and the potential for Trump and his allies to secure the seats for the Republican Party, Trump’s dream to Keep America Great is still alive.