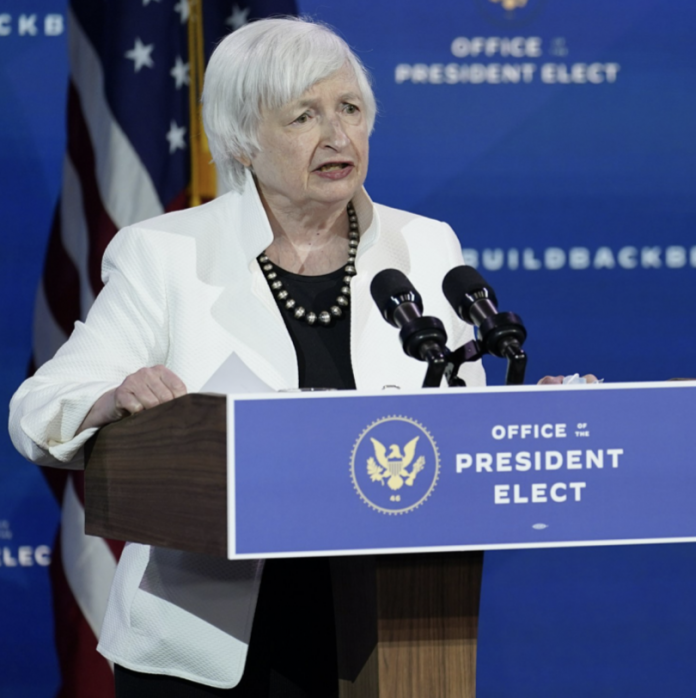 Inflation continues to keep its boot on the necks of Americans.

With prices skyrocketing, the value of wages is significantly going in the opposite direction; the reality that wages aren’t increasing with inflation also doesn’t help matters.

Middle-class families regularly experience getting taken to the cleaners when trying to buy gas, purchase groceries, or otherwise pay for things they need.

When inflation was first coming into inception, the US government largely dismissed the matter.

In fact, US Treasury Secretary Janet Yellen went as far as writing off inflation as a momentary side effect of high demand, supply chain backlogs, and entering into a post-COVID society.

However, Yellen walked back these comments on Tuesday.

The latest from the US treasury secretary on inflation

While sitting down for an interview with CNN, Yellen conceded her previous remarks concerning inflation’s purportedly temporary nature failed to pan out.

Inflation, with the passing of time, continues to worsen. Multiple economists argue that a recession is imminent. They also warn the Federal Reserve’s continued increase of US interest rates is driving the country close to a recession.

On Tuesday, the treasury secretary stated big, unexpected economic surprises created new problems. These surprises include heightened energy costs and food expenses; the issues with the supply chain remain a factor as well.

Later, Yellen claimed Biden’s top priority continues to be inflation. Some Americans have pushed back against this, owing to the president’s persistent advocacy for more spending.

Republicans consistently maintain that spending reductions serve as the best means to lower inflation. However, the White House continues to reject this.

To this day, Biden’s work to pass a redrafted version of the Build Back Better Act is far from over; likewise, the president’s called for more spending legislation for COVID vaccines and other initiatives.

This will not reduce consumer costs. Contrary to previous claims from Biden, a country cannot spend its way out of skyrocketing prices.

Costs today are higher due to a pattern of federal spending. Therefore, the reduction of this spending remains the only feasible means of cutting down prices across the United States.