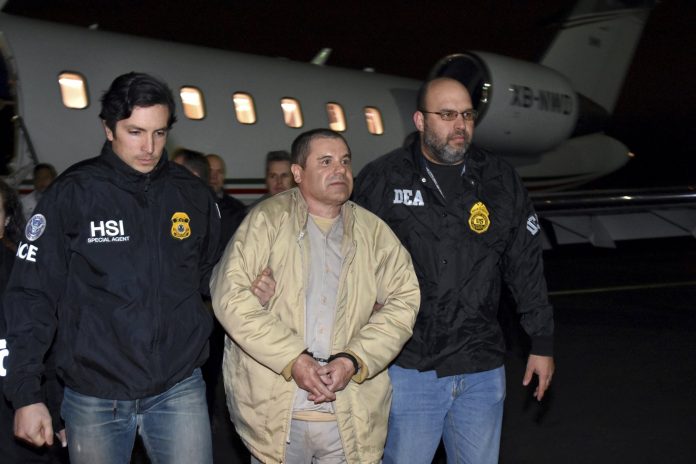 During the height of Mexican drug wars in 1993, an attempted hit on Joaquin “El Chapo” Guzman went wrong.

A team of gunmen sent to rub out the notorious drug lord instead killed a Roman Catholic cardinal at an airport in Guadalajara, outraging the Mexican public enough to touch off a massive manhunt for Guzman. He was captured, but prosecutors say he was undeterred from a brutal pursuit of power that lasted decades, featured jail breakouts and left a trail of bodies.

The story of the botched assassination will be part of an epic tale told in a tightly secured New York City courtroom as Guzman’s long-awaited trial opens Tuesday. Opening statements were delayed after a juror was excused; a replacement was being selected.

Guzman, who has been held in solitary confinement since his extradition to the United States early last year, has pleaded not guilty to charges that he amassed a multi-billion-dollar fortune smuggling tons of cocaine and other drugs in a vast supply chain that reached New York, New Jersey, Texas and elsewhere north of the border.

If convicted, he faces a possible life prison sentence.

Prosecutors have said they will use thousands of documents, videos and recordings as evidence, including material related to the Guadalajara airport shooting, drug smugglers’ safe houses, Guzman’s 2015 prison escape and the law enforcement operation to recapture him.

More than a dozen cooperating witnesses are scheduled to testify, including some who worked for Guzman’s Sinaloa cartel. Prosecutors say they risk retribution by taking the stand and the court has taken steps to conceal their identities. U.S. District Judge Brian Cogan barred courtroom sketch artists from drawing them.

Guzman’s lawyers are expected to attack the credibility of the witnesses by emphasizing their criminal records, saying some have an incentive to lie to win leniency in their own cases.

One of Guzman’s attorneys, Eduardo Balarezo, has suggested that he hopes to convince jurors Guzman wasn’t actually in charge of the cartel but was a lieutenant taking orders from someone else.

“Now that trial is upon us, it is time to put up or shut up,” Balarezo said.

Despite his diminutive stature and nickname that means “Shorty,” Guzman was once a larger-than-life figure in Mexico who has been compared to Al Capone and Robin Hood and been the subject of ballads called narcocorridos.

Among the highlights of his lore: He was known for carrying a gold-plated AK-47, for smuggling cocaine in cans marked as jalapenos and for making shipments using planes with secret landing strips as well as container ships, speedboats and even submarines.

But Guzman is perhaps best known for escaping custody in Mexico, the first time in 2011 by hiding in the bottom of a laundry bin. He escaped again in 2015 through a mile-long tunnel dug into a shower in his jail cell that he slipped into before fleeing on a motorcycle.

Guzman’s second escape was a black eye for the Mexican government, an embarrassment amplified when the actor Sean Penn was able to find and interview him at one of his hideouts in Mexico while he was on the run from authorities.

Mexican security analyst Alejandro Hope said it created “something of a civil war within the Sinaloa cartel” that has essentially ended with the arrest of internal rivals and allowed his sons to take control of what remains a “weakened” but far-from-finished smuggling operation.

Hope said he has seen no sign that Guzman’s extradition and jailing in the U.S. had a major impact on drug flows or routes.

“But symbolically I think it’s important. It’s a bit of an end of an era. There are very few kingpins of that size left, of that importance,” Hope said. “We are actually leaving behind that era, the era of the kingpin.” Smaller gangs now dominate, he said.

Raul Benitez, a security expert and professor at the National Autonomous University of Mexico, said Guzman’s oversized myth has been fading, too.

In Mexico, news stories about Guzman’s trial have been prominent in the media even though it’s viewed by some as old history.

“He is totally isolated. He cannot approach anyone. His wife was not even able to approach him. So he is now out of the game,” Benitez said, referring to an order by the judge banning Guzman’s wife from hugging him in the courtroom during the trial.

Whether he is out for good will be decided by an anonymous jury of 12 men and women who will decide the case. The trial is expected to last into next year. 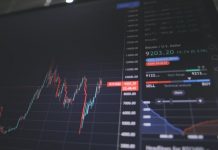 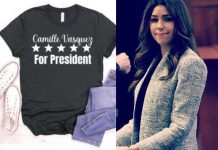