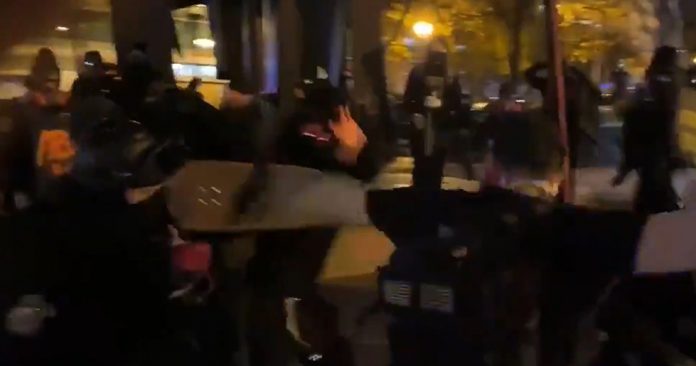 Things have broken loose at pro-President Donald Trump protests that took place in Washington D.C. and were invaded by anti-Trump protesters.

At least four people were taken to the hospital after being stabbed as Proud Boys met Black Lives Matter in the streets.

The crowd was riled by the likes of conspiracy theorist Alex Jones who told the crowd that they would get rid of former Vice President Joe Biden by hook or by crook.

“Joe Biden is a globalist, and Joe Biden will be removed, one way or another!” the radio host said.

“We will never back down to the Satanic pedophile, globalist New World Order and their walking-dead reanimated corpse Joe Biden, and we will never recognize him,” the host said.

“President Trump had zero connection to Russians. No proof. Four years of investigation. With the Bidens, it’s open and shut,” he said.

Jones told the crowd that the globalists had stolen the election from President Trump in their attempt to form a world government.

“World government is here, and the system is publicly stealing this election from the biggest landslide and the biggest political realignment since 1776,” he said.