Home Florida Could Voter Fraud Be Real in Florida?
SHARE

As Tropical Storm Emily bellows over the middle of the state, another storm quietly rages behind the scenes of Sunshine State politics. This storm is turning the eyes and heads of Florida’s political elite to a place that hasn’t gotten this much attention since November 2000 – our voting polls.

Thus far, the Presidential Advisory Commission on Election Integrity, headed by Vice President Mike Pence, has not yet yielded any conclusive results. The discussion now centers on that many states have refused to adequately cooperate with the President’s commission.

“Numerous states are refusing to give information to the very distinguished VOTER FRAUD PANEL. What are they trying to hide?”

Florida Secretary of State Ken Detzner, appointed by Governor Rick Scott, complied with the commission’s request for voter-roll data this past Thursday.

This is despite a lawsuit from the ACLU of Florida, which seeks to prevent the state from providing the information. The law is not expected to be on their side, given Florida’s “Sunshine Law” which labels voter-roll data as a matter of public record.

“Today the Department of State pursuant to Florida law fulfilled the public records request that we received from the Presidential Advisory Commission,” said Sarah Revell, Detzner’s spokeswoman. “As we have said all along, we will follow Florida law and will only submit information that is already available and regularly provided to anyone who requests it.”

Many Democrats and voting-rights activists have reacted in fierce opposition both to the President’s claims about voter fraud – in which he suggests that millions of illegal votes were cast in the 2016 election – and the commission’s asking of voter-roll data from all 50 states, claiming that it is an attempt by the administration to subvert voting rights, target minorities, and/or perpetuate election fraud by using the data for targeted campaigning.

During a recent 20-day period, over 1,700 voters took themselves off of the registration rolls in Florida alone. Political experts believe this is a result of media attention to the issue and promulgation of many extreme conspiracy’s leaving some uncomfortable with having their information in the public domain. 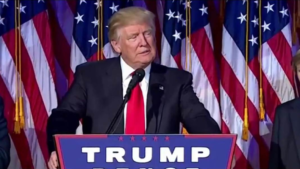 Voter fraud itself is a very complex and difficult issue to approach. The likelihood of its occurrence, however, is extremely high. The question to be answered by the President’s commission, hopefully, is to what extent has voter fraud contributed to election results in the past and exactly how does it occur.

One contributing factor to this difficulty is our country’s uniquely decentralized elections. Each state handles and counts its own elections.

In Florida alone, there are 67 counties. Each county has a local elections office, usually manned by an elected Supervisor of Elections. Some supervisors are allowed to be partisan, others not. Some counties, like Miami-Dade, have more voting sites than other counties, like Taylor. Some voting sites use electronic ballots which transmit data automatically to a counter in another location, others store it in a memory card that must be hand-delivered to the Supervisor.

The reality is, because so many counties do things in so many different ways, it’s impossible for there not to be inefficiencies that cause discrepancy. Political parties have, in the past, taken advantage of our confusing election process to manipulate the outcomes of certain precincts.

Foul-play aside, data storage and transmission is likely the source of the problem. Voter rolls are not usually corroborated with other state mechanisms for identification, leading to phenomena such as deceased individuals remaining as eligible to cast votes – giving a bad actor the opportunity to vote in their stead. In addition, the lack of centralization between states can, and has, lead to many individuals being registered to vote in two or more states.

In the end, it is quite unlikely that millions of illegal votes were cast – though it may be possible. Regardless, it is entirely the result of partisan politics that many easy-fix measures to this issue, such as requiring a legal ID to be presented at a polling site, are decried as a return to Jim Crow laws.

Such hyperbole benefits no one, except perhaps those with something to hide.