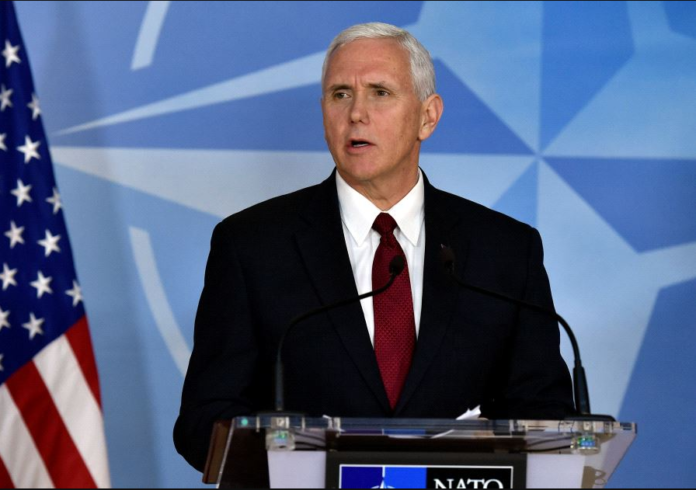 Earlier today, Vice President Mike Pence affirmed that Republicans should simply fully repeal Obamacare if the Senate is unable to craft a bill that would both repeal and replace the failing healthcare system known as Obamacare. According to reports from the Washington Examiner, Mr. Pence made the following statement during an interview on the Rush Limbaugh Show:

“If they can’t pass this carefully crafted repeal-and-replace bill, we ought to repeal only.”

Liberal Democrats will undoubtedly pitch a fit, but other choice do Republicans have? For weeks, the existing discord and gridlock regarding alternatives for Obamacare has engendered virtually zero progress. Moderates, Democrats, and Republicans alike have been unable to produce a heathcare alternative that is well-recieved and able to attract the necessary votes.

Meanwhile, the American people continue to suffer under a failing and unaffordable healthcare system. Premiums are rising, companies are opting out, and Americans cannot foot the bill. Simply going cold turkey and repealing Obamacare may be the only viable option at this point in time.

In June, Republicans leaders presented yet another healthcare proposition, but conservatives and moderates swiftly rejected it. Due to the mounting gridlock, Senate Majority Leader Mitch McConnell postponed the vote until July 7. McConnell and other Republicans are also considering working with Democrats to ensure the betterment of health insurance markets.

Additional statements from the Wasington Examiner indicate that many conservatives are tiring of the lack of progress regarding the repeal and replacement of Obamacare. Like the Vice President, they are now suggesting that repealing first and replacing later might be the most productive course of action. President Trump shares similar sentiments as well, according to a post on his Twitter account from June 30, 2017 which reads the following:

“If Republican Senators are unable to pass what they are working on now, they should immediately REPEAL, and then REPLACE at a later date!”

The time for action is now. If there are any Republicans who truly want to repeal and replace Obamacare concurrently, they need to get their act together and engender a bill that will attract the necessary support and votes. The American people cannot continue to suffer under radically high premiums and unaffordable heathcare costs. If Republican leaders are unable to craft a popular and well-recieved alternative to Obamacare, then perhaps President Trump, Vice President Pence, and other conservatives are correct in asserting that Obamacare should be repealed first and replaced later.