Home America Will Republicans Tear Each Other Apart Over Border Wall?
SHARE 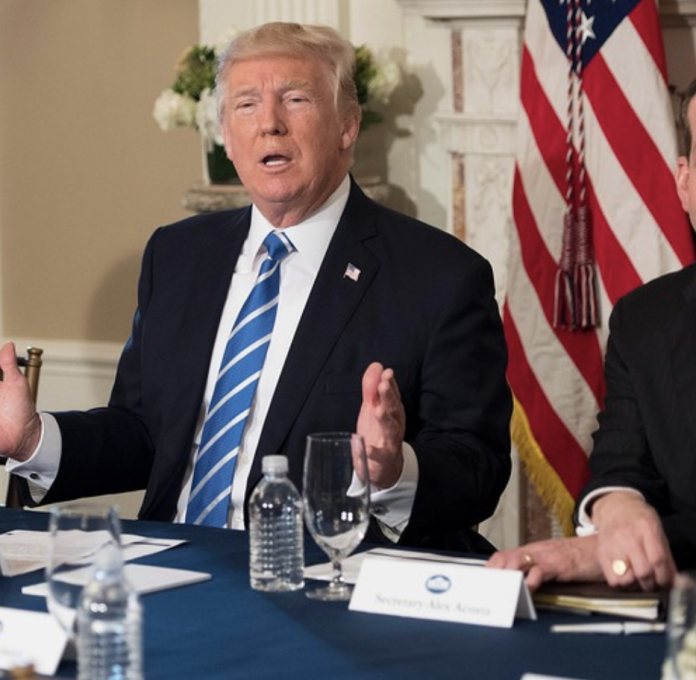 As the political fight over a physical barrier at the Southern border continues to get uglier and uglier, more and more Americans are wondering about the potential causalities and ramifications.

Earlier today, GOP Sen. Lindsey Graham stated that infighting amongst the Republican Party is a possibility, as it pertains to President Trump’s promised border wall.

During Graham’s time in South Carolina, he shared the following commentary regarding the political fight over building a wall at the Southern border:

“It seems to me that [Trump’s] gonna have to go it alone, but there could be a war within the Republican Party over the wall.

The South Carolina senator additionally opined that the GOP ought to support President Trump in his quest to secure funding for his promised physical barrier:

“To any Republican who denies the president the ability to act as commander in chief, you’re going to create a real problem within the party.”

Where Does the Country Stand Now?

Many Americans across the country have different viewpoints about the border wall debate. Those on the right-wing are overwhelmingly supportive of the wall; like President Trump, his conservative backers view the physical barrier as a paramount security measure. The left-wing, on the other hand, is strongly opposed to the border wall. Those with more liberal leanings are likelier to side with Democratic leaders, such as Nancy Pelosi and Chuck Schumer.

Pelosi and Schumer openly maintain that they will not provide funding for President Trump’s border wall. This comes in spite of the February 15th deadline which Congress has to put forth legislation to keep government open.

The Possibility of a National Emergency Declaration

Since the Democrats’ admission that no wall funding will be included in prospective legislation, Trump has stated that negotiations are a “waste of time.”

The president has furthermore discussed the possibility of declaring a national emergency to build the wall. As the deadline approaches, Americans have pondered the potential consequences of a national emergency declaration. Although, Senate Majority Leader Mitch McConnell believes that the declaration may not be accepted by Congress.

“I’m for whatever works; [that] means avoiding a shutdown and avoiding the president feeling he should declare a national emergency.”

President Trump has previously expressed his desire to garner wall funding via negotiations. During the government shutdown, the president put forth an immigration compromise bill; the bill included the provision of DACA and TPS protections for illegal immigrants brought to America as minors. In exchange for the aforementioned protections, Democrats would have provided funding for the border wall. Of course, the Democrats immediately rejected the compromise bill.