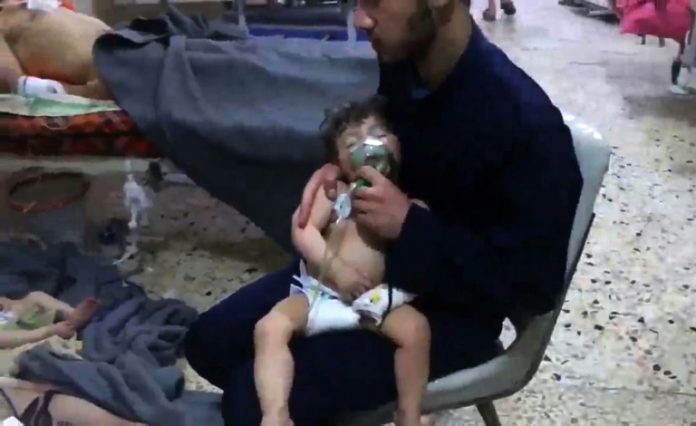 Russia and the Syrian military blamed Israel for a pre-dawn missile attack Monday on a major air base in central Syria, saying Israeli fighter jets launched the missiles from Lebanon’s air space. A war-monitoring group said the airstrikes killed 14 people, including Iranians active in Syria.

Russia’s Defense Ministry said two Israeli aircraft targeted the T4 air base in Homs province, firing eight missiles. It said Syria shot down five of them while the other three landed in the western part of the base. Syrian state TV quoted an unnamed military official as saying that Israeli F-15 warplanes fired several missiles at T4. It gave no further details.

Israel’s foreign ministry had no comment when asked about the accusations.

Since 2012, Israel has struck inside Syria more than 100 times, mostly targeting suspected weapons’ convoys destined for the Lebanese militant group Hezbollah, which has been fighting alongside Syrian government forces.

Most recently, Israel hit the same T4 base in February, after it said an Iranian drone that had violated Israeli airspace took off from the base. The base, which was used as a launching pad for counter offensive attacks against Islamic State militants who were at one point stationed close by, is near the Shayrat air base, which was targeted by U.S. missiles last year in response to a chemical weapons attack.