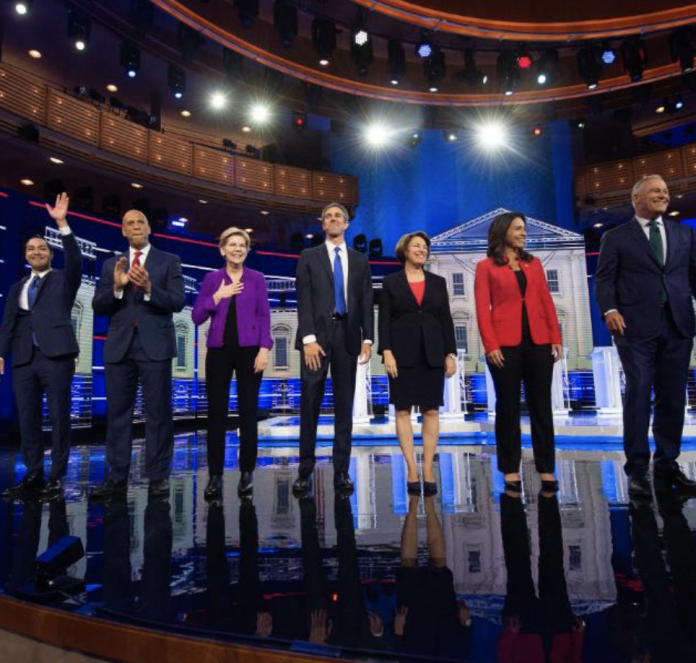 Running a presidential campaign is many things, but it is not inexpensive. From voter outreach to traveling and more, it costs money for candidates to convince the nation that they ought to become the next president of the United States.

Recent developments have affirmed that multiple candidates within the Democrat Party are blowing through funds. This is especially problematic, in light of the fact that candidates are spending cpaital faster than they’re bring it in. If this trend persists, certain candidates will not be able to keep their campaigns afloat.

The State of Funding for 2020 Democrat Candidates

To be clear, not all of the Democrat candidates are blowing through their campaign funds. The individuals having these issues currently are also struggling in the polls; some examples of candidates who are spending campaign money faster than they’re bringing it in are Kirsten Gillibrand, Cory Booker, Beto O’Rourke and others.

In many cases, Democrat candidates are spending money to reach new voters, travel, and otherwise take steps to improve politically. None of these particular candidates are in first, second, or third place.

In Contrast to President Trump’s Campaign

The state of struggling Democrats comes in contrast to President Trump’s campaign for re-election. The Trump 2020 campaign continues to raise money and effectively spend it in ways which are designed to benefit the president and keep him in office for another four years. Moreover, the president has already commenced rallying across the nation with additional rallies coming up.

What Will Determine the Fate of 2020 Democrat Candidates?

The second primary debates for Democrat candidates will take place on July 30th and July 31st. Many sources have hypothesized that these debates will also have a monumental impact on the campaigns of certain Democrats. Joe Biden and Kamala Harris are said to face off again during the debates. Struggling Democrats, such as Kirsten Gillibrand and others, may drop out some time after the second debates if they’re unable to gather support and raise capital.