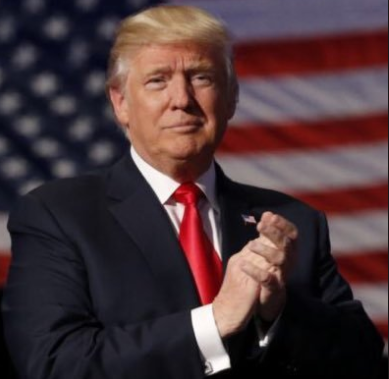 For many months, and even years, critics of President Trump have eagerly accused him of being racist. Their illogical argument is that President Trump is an old bigoted white man who hates minorities and works tirelessly to keep them oppressed. Not only is this untrue, but one could reasonably argue that President Trump has done more for minorities and people of color than many people. He employs a plethora of blacks and hispanics at his businesses, which is more than the so called “pro blacks” can say. Accusing someone of being racist is very serious and substantial evidence should exist before making such a claim.

Racism is defined as prejudice, discrimination, or antagonism directed against someone of a different race based on the belief that one’s own race is superior. In order for President Trump to be racist, he would have to engage in behavior that fits this quota. Additionally, it is worth noting that those who focus on race tend to be the true racists as opposed to the ones they accuse. The latest argument has been that President Trump’s policies, mainly his push for the border wall, equates to racism. This is beyond a stretch and vastly ignorant for countless reasons.

For starters, a border wall is not racist. No matter what spin you put on the matter, there are no links or connections to racism whatsoever. A border wall will halt the entry of illegal immigrants. This group is not mutually exclusive any particular race. Anyone can be an illegal immigrant. Those who have been keeping track with the current state of affairs will realize that illegal immigration has caused myriad problems for the American people. To accuse President Trump of racism simply because he aspires to build a wall along the southern wall is beyond foolish and it speaks to the ignorance of the accuser.

Some older people believe President Trump is racist because of the lawsuit he received in 1973 for supposedly not renting apartments to black Americans. These gullible people fail to realize that many other companies were sued for this matter and Mr. Trump was not found guilty. If there was true evidence of the future President discriminating against black Americans, surely the Justice Department would have stumbled upon it and used it to support their lawsuit. Many people have been accused of various misdeeds, but an accusation does not equate to guilt. After all, in America, we are innocent until proven guilty.

So far, all accusations of President Trump’s supposed racism have been rooted in nothing but hearsay, massive stretches, and outright lies. There are racists in America, but Donald Trump is not one of them. In order to truly progress as a nation, we have to stop calling people racist, unless there is proof to support the assertion. It only engenders tension and discord where there could be peace and harmony. Border walls and four-decade-old lawsuits are not grounds of racism. Anyone who continues to label President Trump as a racist is engaging in slander and should be very careful.