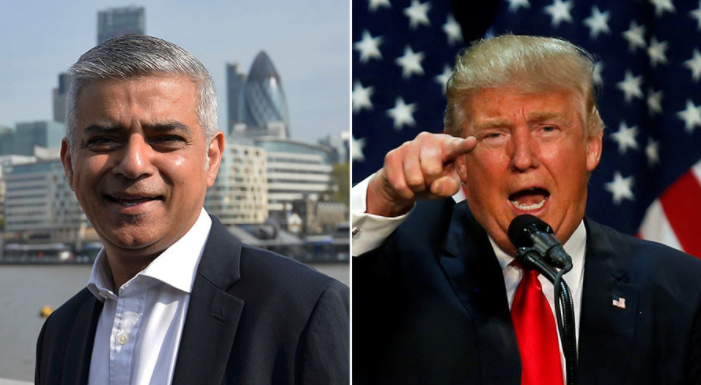 Mere hours ago, President Trump tweeted out support for the United Kingdom after a van ran over people on the London Bridge. The incident has been classified as a terror attack by the London Metropolitan Police. Following the initial tweet, the President followed up by stating that the travel ban was necessary to ensure safety and the courts should reinstate it. How many attacks need to occur (in London) before the people get smart and realize that borders and immigration restrictions are necessary? It’s not about hatred, racism, or xenophobia; it’s about vetting people before they enter a nation and putting certain precautions in place, just as people who lock their doors at night.

Many of President Trump’s critics will undoubtedly criticize him for the time frame of his travel ban tweet. Perhaps a few of them will use logic, as opposed to blind emotion, and realize that a travel ban could have stopped the atrocities that occurred tonight. London leaders need to wisen up and stop mistaking compassion for mass suicide. The truth of the matter is that not everyone who wishes to emigrate to a new place has admirable intentions. Some of them aspire to start a new life for themselves, but this is not true for everyone. There are some people who wish to wreak havoc, engender discord, and take lives.

Usually when tragedy strikes, the following happens: everyone talks about how sad it is, social media users create a “Pray for ____” hashtag, and celebrities and public figures tweet about how unfortunate the matter is. At some point, people have to wake up and realize that words and hashtags are not enough. They will not stop ISIS, serial killers, or psychopathic terrorists. A travel ban and a border wall will do an amazing job in halting deadly forces and ending terror attacks.

At this point, London officials who refuse to take the President’s advice and instate travel restrictions along with vetting measures are complicit forces in terror attacks and should be charged as such. Intentionally objecting ones own people to peril is the ultimate act of tyranny. In this case, it is tyranny under the guise of political correctness. The liberal argument is that travel restriction will incite the wrath of terrorists, but people fail to realize that the wrath of terrorists will not be halted simply by ignoring their existence.

Despite President Trump’s many critics, the one thing they have not been able to do is dispute the validity of his claims. People in favor of open borders repeatedly and incorrectly assert that a travel ban is inhumane; but true inhumanity is allowing innocent people to be slaughtered, especially when preventable precautions are feasible. The best way to halt terrorism is to enact a travel ban and build border walls. Immigrants with honorable intentions will be respectful of these measures. Terrorists who wish to commit murder will be blocked. Whether London leaders like President Trump or not, they have a duty to shield their people from harm.