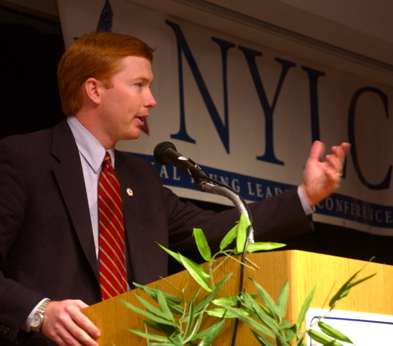 In May 2017, Adam Putnam announced his plans to run for Governor in the state of Florida. He claims to be a strong Republican and a man of the people, but is this who he really is? In 2008, Putnam voted to extend unemployment benefits from 39 weeks to 59 weeks. Why would a Republican support a policy that encourages people not to work? By supporting the extension of unemployment benefits, Putnam is advocating for higher taxes on hard workers. People who get up everyday and work should not be compelled to fund those who choose not to. It has been proven time and time again that people who truly want to work will find employment. Extending unemployment benefits merely subsidizes laziness and entitlement. These are not Republican values and perhaps Putnam is not who he claims to be.

Members of the Republican Party generally advocate for lower taxes and helping jobless people get back to work. How can Putnam claim to subscribe to Republican values when he wants to raise taxes on hardworking Americans to fund those who don’t work? Republicans are not required to monopolize right wing politics, but taxation is a very serious matter. In the eyes of many Americans, one cannot be a true Republican if they advocate for workers to be penalized for their earnings. In essence, increasing taxes on people who work is a punishment and it discourages success. After all, why should Americans feel motivated to work if their earnings are simply going to be granted to people who contribute very little, if anything, to society?