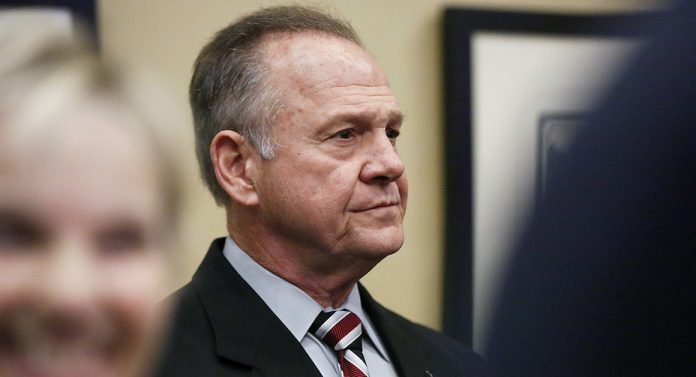 As of today, Monday, we are on the eve of the special election for the vacant Senate seat in Alabama. The Republican candidate, Roy Moore, has faced numerous allegations of sexual misconduct involving under age girls from when he was in his 30s.

A few weeks ago, it seemed that his campaign might be over. The accusations caused the RNC to withdraw funding from his campaign. But Moore has remained defiant. In fact, he has scored President Trump’s endorsement. He has managed to weather the storm of scandal to the point that the RNC has turned on the campaign finance faucet for him.

Moore’s ability to keep his head above water so far is remarkable. But the race isn’t over until tomorrow. A recent Fox News poll has him trailing Democratic candidate Doug Jones by 10 points.

How Did We Get Here?

GOP leadership offered a few options to the Administration. They could call for Moore to resign if the allegations were true, and then push Jeff Sessions as a right-in candidate. The Trump administration ultimately decided to let Alabama voters decide.

Gradually, Mitch McConnell came to agree with the administration. “If he were to be elected, he would immediately have an Ethics Committee case, and the committee would take a look at the situation and give us advice.”

President Trump has earned a reputation for going against the advice of his confidants and aides. Ivanka Trump reportedly pleaded with her father not to endorse him. Of course, the opposite happened.

But also weighing in Trump’s mind was the fate of the tax reform bill. With Senate so closely split, the GOP can’t realistically afford to lose a seat to a Democrat. Doing so would almost surely doom the legislation. Trump was clearly conscious of this, knowing that his party can’t bare another legislative self-defeat like Obamacare.