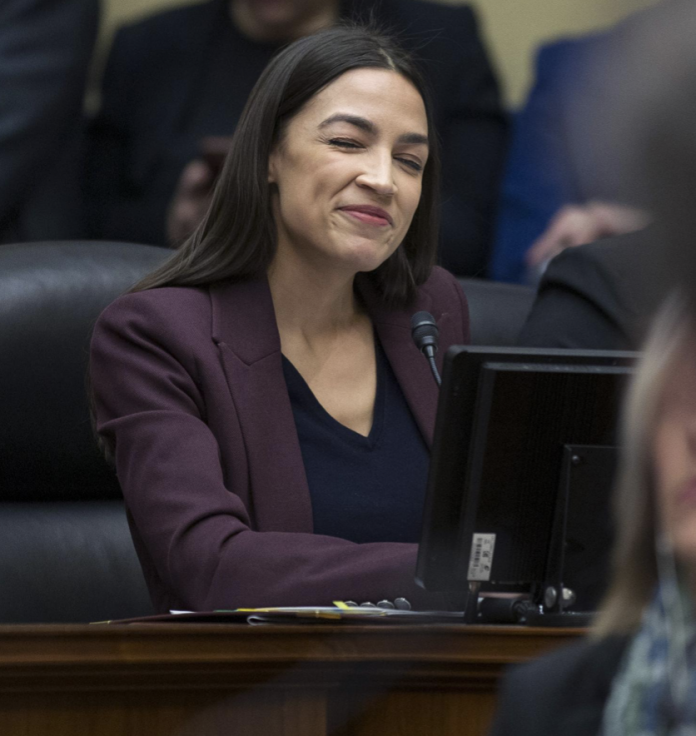 House Rep. Alexandria Ocasio-Cortez recently spoke out about what she believes her critics dislike about her. According to the congresswoman, Republicans dislike her because she is “as powerful as a man.”

Ocasio-Cortez on Her GOP Critics

During a sitdown with The New Yorker, Ocasio-Cortez shared her thoughts on Republicans who censure her. Her statements allege that those who criticize her do so for misogynistic reasons.

Ocasio-Cortez then claimed that President Trump dislikes her because of her politics and ethnicity.

“I can see Trump being enormously upset that a 29-year-old Latina, who is the daughter of a domestic worker, is helping to build the case to get his financial records. I think that adds insult to injury to him.”

Finally, the congresswoman slammed the president as a “small, mediocre person” before ripping his most recent State of the Union address.

“To be there on the floor of the House was beyond anything my parents would have ever dreamed of. But the person behind the podium was so unskilled. It was kind of sad.”

Alexandria Ocasio-Cortez is certainly no stranger to criticism from conservatives and Republicans. However, the pushback she attracts from the right-wing may not be for the reasons she believes.

First and foremost, the policies which Ocasio-Cortez promotes are largely antithetical to Republican and conservative reform. She has infamously called for the Green New Deal; if the Green New Deal were to succeed, gas-powered cars and air travel would cease to exist. The Green New Deal also champions providing economic aid to individuals who are “unwilling” to work. This did not sit well with conservatives who value hard work and ownership over the fruits of one’s labor.

Ocasio-Cortez has furthermore called for a 70% tax on the wealthiest Americans and made various gaffes about basic government functions, such as the chambers of Congress. For these reasons and more, she is a common target for right-wing criticism.