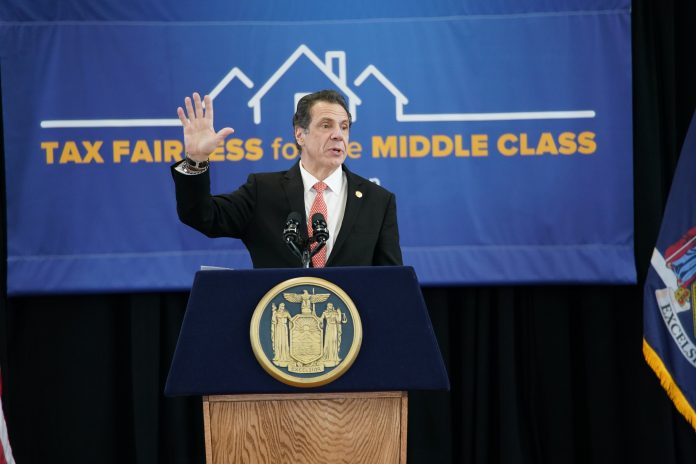 In an op-ed published on Newsday, Cuomo emphasized that middle-class families continue to struggle despite their hard work. Instead of attaining financial security and prosperity, they are “falling behind” due to “rising costs and stagnant wages.”

He noted that Trump Administration added burden to the middle-class by implementing the Tax Cuts and Jobs Act, which put a limit on state and local tax (SALT) deductions.

According to Cuomo, President Donald Trump promised tax cuts for the middle-class. However, the cap on SALT deductions is hurting thousands of New Yorkers. In Long Island, more than one-third of its taxpayers (530,000) are suffering—they paid higher taxes—in contrast with the President’s promise.

He reiterated that cap on SALT deductions is an “egregious act of partisanship that targets Democratic states to pay for tax cuts in Republican states.”

Cuomo has been fighting and implementing policies to help New Yorkers avoid the negative impact of the cap on SALT deductions. Now, he wants the two percent local property tax cap permanent.

The governor pointed out that the cap on local property taxes “has been a success.” Middle-class New Yorkers cannot afford to return to paying skyrocketing property taxes.

“That’s why in this year’s budget I call on the State Legislature to make the 2 percent property tax cap permanent. I will not sign a budget that does not include a permanent tax cap,” said Cuomo.

He also encouraged the state lawmakers to cut the income tax rate for middle-class New Yorkers and to fight the cap on SALT until the federal government repeals it.